Bank of Israel Warns Public To Beware of Phishing Scam 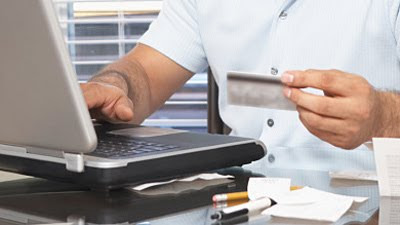 The Bank of Israel warned the public Tuesday to be wary of a phishing scam in which hackers lure people via e-mail to a fake central-bank Web site to update confidential information about their bank accounts.

"In recent days, e-mail messages have been circulated in the name of the Bank of Israel, requesting that the recipients link to a Web site that looks almost identical to the central bank's Web site, on which they are asked to fill in personal data," theBank of Israel said in a statement. "The Bank of Israel, which does not deal with or manage individual bank accounts, is not sending out requests to link to this site for the purpose of filling out personal information such as credit-card numbers or any other passwords."

The central bank said people should be alert and not give out confidential information.

Phishing is a form of online fraud that is typically carried out by e-mail or instant messaging. It directs users to enter details at a fake Web site. Thepersonal information requested often includes user names and passwords of bank accounts, which the phishers can then use for identity theft.

The Bank of Israel said e-mails from a fake central-bank address (service@bankisrael.gov.il) have been sent out in recent days, asking the recipients to enter a Web site through the attached link and update theirpersonal information because of a new security system that is being installed to secure the highest level of safety for Internet-banking customers.

Recipients who click on the link find themselves at a Web site that looks like Bank of Israel's home page. On the fake Web site visitors are asked to fill in confidential information including their name, address, e-mail address, credit-card number, number on the back of the credit card, credit-card expiry date, PIN number, bank-account number and ID number.

The police were investigating the scam, the Bank of Israel said.

In the era of Internet banking, phishing scams are becoming more common. In September, a phishing scam targeted customers of Israel Discount Bank and First International Bank of Israel. They were asked via e-mail to update their access passwords to the banks' online services. Last year, Bank Leumi fell prey to hackers who created a dummy Web site purporting to be the bank's and asked customers for their user names and passwords.