Another Face of Cybercrime - - Fake Tickets of 2010 FIFA World Cup, in South Africa, Are Sold On Internet 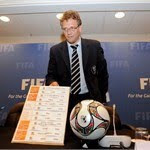 As the excitement surrounding the 2010 FIFA World Cup South Africa gains momentum, tickets have been in high demand all over the world. While genuine tickets are sold online exclusively via the official website FIFA.com, unscrupulous individuals are taking advantage of the great appeal of this event by trying to use the internet to sell tickets they do not possess. A special team from FIFA's Legal Affairs Division is working closely with international authorities to monitor the internet for such illegal offers and to take action to combat them.

FIFA and its ticket handling partner MATCH are warning consumers about any unauthorised ticket sales and the risk of purchasing fake tickets, which would result in the buyers not being able to access the stadium. FIFA would like to recall that one of the measures taken to prevent forgery will be to print the official match tickets only a few weeks before the event in South Africa in 2010. 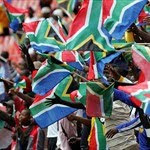 One example of the cooperation between FIFA and the authorities is the great support received from the Police Central e-Crime Unit of New Scotland Yard in the UK in the fight against unauthorised ticket resellers operating via the web. As part of a major operation orchestrated by the Police Central e-Crime Unit targeting all unauthorised online football ticket resellers, New Scotland Yard is shutting down websites selling unauthorised 2010 FIFA World Cup match tickets in violation of UK anti-touting laws.

"Our work with New Scotland Yard is yet another example that we are taking serious steps to stop unauthorised entities from selling 2010 FIFA World Cup tickets. We applaud the work of New Scotland Yard in its efforts to ensure that our common goal to target and shut down illegitimate and unauthorised ticket sellers is achieved. We simply cannot accept that true fans are being cheated in this way," remarked FIFA Secretary General Jérôme Valcke.

Many unauthorised operators are exploiting the popularity of the FIFA World Cup to lure unsuspecting fans across the world into purchasing illegitimate or unauthorised tickets and/or ticket-inclusive travel packages. FIFA is committed to supporting all fans in their efforts to purchase authentic tickets and ticket-inclusive travel packages through safe and legitimate sources.

Fans who are set to travel to South Africa can obtain tickets via FIFA.com, through inclusive travel packages from Participating Tour Operators selected by FIFA, and by buying FIFA-approved hospitality packages. MATCH Hospitality is the only entity which can offer guaranteed match tickets coupled with stadium hospitality benefits.