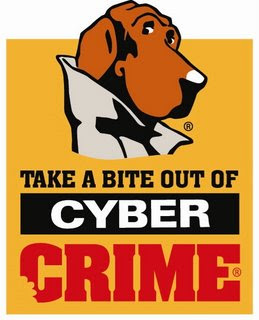 Ghana is faced with a huge task to fight the global menace posed by cyber fraudsters, literally known as internet fraud (Sakawa). According to latest report Ghana is ranked among the world's top 10 countries in cyber crime and poses a threat as well as a disincentive to investment in the country's ICT sector.

As an immediate step to remedy the situation Government is considering setting up an emergency Cyber Crime Response Team, to review existing legislature governing the Information Communication and Technology (ICT) activities and strengthen the country's cyber security.

It is however believed such bold initiative could deal with the growing incidence of reported cases of cyber crime, popularly known as “Sakawa”. Ghana's security agencies should also go beyond merely dealing with the criminals and search for other collaborators who may aid and abet cyber fraud.

The Minister of Communications, Mr Haruna Iddrisu who expressed worry that use of credit cards in the country is restricted because of the growing incidence of cyber fraud, added that the act is endangering the safety, use and growth of ICT in Ghana.

On the possible negative social impact of cyber crime, Mr Raymond Codjoe, a legal practitioner, cautioned that if the situation is not properly addressed, software and computer viruses may in the future mutate data and alter Internet Protocol addresses in the same manner that AIDS does to the human immune system.

“This would result in emails being misdirected, web sites being relocated and the internet infrastructure being compromised radically,” he said.

He called for capacity building for the appropriate organs of state as well as international co-operation for investigation and prosecution of cyber crime.

Mr Codjoe suggested that the Electronic Transactions Act (ACT 2008) and regulations made under the Act, should be implemented and its provisions enforced to deal with cyber fraud.

Mr Jimmy Allotey, an Information Technology Security Manager of Ghana Community Network Services Limited, observed that many of the victims of the Sakawa reported cases include vulnerable lonely youths who search for marital relationships and resort to get-rich-quick schemes.

He cautioned against unsolicited lotteries and wager messages, which according to him are some machinations of perpetrators of cyber crime, intended to lure greedy victims to dupe them.

Mr Allottey called for increase and strict vigilance on operations of banks and other financial institutions that deal with money transfer in order to track down on activities of fraudsters who transact businesses with such institutions.

He called for strict enforcement of Article 141 of the Electronic Transaction Act (ACT 2008) that mandates the security agencies to confiscate accesses of cyber fraudsters.
Posted by Shamood at 9:07 PM