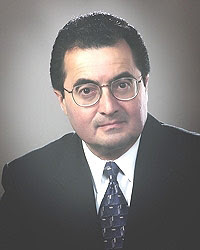 In 1986, the U.S. Senate got in touch with Martin Biegelman. As an expert on identity theft, Biegelman’s testimony was of interest to The Permanent Subcommittee on Investigations, which had invited the then U.S. postal inspector to its first hearings on what was being dubbed “the crime of the ’80s.”

Biegelman brought along a cooperating defendant who discussed the fraud he had committed over the years. “It’s so easy to do. I’m surprised more people aren’t doing this crime,” the defendant told members of Congress.

Biegelman worried that more people would do just that. Even in 1986, he had already seen dozens of lives ruined when criminals hijacked personal information for financial gain. “I testified to Congress years ago that I feared this crime would evolve and create even more untold damage,” he said. “Unfortunately, I was right.”

When he appeared before the Senate, the term “identity theft” didn’t exist. Today, most people are familiar with it. According to think tank Javelin Strategy & Research, identity theft increased 22 percent in 2008, affecting nearly 10 million Americans.

An Evolution in Online Fraud

Biegelman has worked for six and a half years at Microsoft, where he tracks fraud as part of the company’s Financial Integrity Unit. The cases that cross the group’s desks deal with everything from financial issues to asset misappropriation and corruption.

Biegelman has seen criminal methods evolve during his 30-year career battling fraud. Years ago, criminals went dumpster-diving for carelessly tossed bank statements or credit card offers. Now they employ sophisticated technology to get that information from the Internet. “Online, your life is now an open book to the world,” Biegelman says.

Originally, Biegelman wanted to jail every fraudster he came across. He quickly learned that for every criminal he arrested, another popped up. He embraced prevention as the best tool to combat identity theft, and for years he’s shared his expertise. His latest effort is a new book called “Identity Theft Handbook: Detection, Prevention and Security” (US$60; Wiley Publishing). The new book draws upon his long career; covers the past, present, and future of identity theft; and details how people can best protect themselves and their organizations from this global problem.

Biegelman’s battle against identity theft started in New York in 1978. He began hearing from other U.S. postal inspectors that criminals were stealing personal information such as Social Security numbers, dates of birth, and employment history for a variety of crimes, including credit card fraud. At the time, local police didn’t know much about it, but federal agents began to pay attention. By 1981, Biegelman was on an investigative team that worked full-time on mail theft and credit card fraud.

Plenty of Business for Crime Team

The team didn’t suffer from a lack of cases. Biegelman recalls a case from 1985, where he helped execute search warrants at eight safe houses in Brooklyn. Criminals were using the apartments to receive fraudulent credit cards. At one apartment, Biegelman and the other agents found a spiral notebook that had “Borough of Manhattan Community College” on the cover. The first 20 or so pages had business administration and accounting course notes, but the lead agent kept flipping through the book. Buried amid notes on, ironically enough, business law and crimes and tort claims, were pages and pages of names, Social Security numbers, dates of birth, and other personal information. The names didn’t mean anything until the agent got to one: Walter Cronkite, the legendary newsman and broadcaster. Turns out the criminal got a job at CBS News as a security guard. On one of his graveyard shifts, he went into an unlocked personnel office and copied information on dozens of employees.

A more recent case involving famous individuals illustrates how criminals have combined low tech with high tech and widened the pool of potential victims. In 2001, Abraham Abdallah was arrested after fleecing members of Forbes’ 400 Richest People in America list. He used Web-enabled cell phones, virtual voicemail, and library computers to dupe credit reporting companies such as Equifax into providing detailed credit reports on his victims. When he was arrested in New York, Abdallah had a copy of the Forbes magazine with the list of his victims, who included Warren Buffett, Paul Allen, and Steven Spielberg.

At the time, Biegelman was no longer a federal agent, but he was working as an investigative consultant. As he took the Long Island Rail Road into work one day, someone across from him was reading the New York Post. On the cover was Abraham Abdallah. Biegelman recognized the face. He had crossed paths with Abdallah back in 1985, when the criminal was 17 years old and had just been arrested for credit card fraud. At the time, Abdallah promised the judge he had learned his lesson and would go straight.

Taking Steps to Protect Your Identity

When criminals like Abdallah find identity theft so easy to perpetrate, how can people protect themselves? Biegelman admits that today so many people have your personal information that much is out of your control. But there are opportunities to protect onself, he said. Check credit reports regularly, and get a shredder. Even though criminals have gone high tech, dumpster diving is still prevalent. “Anything that leaves your house with personal information should be shredded,” Biegelman says.

After decades of fighting identity theft, Biegelman knows that fraud will be around as long as we are. But education and awareness can help people protect their identities. When he first started speaking publicly at conferences during the mid-’80s, he always asked people to raise their hands if they had been victims of identity theft. Very few raised their hands. Now, virtually everyone knows someone who has been a victim. He hopes with education and awareness, more Americans will be able to protect themselves from the fraudsters worldwide trying to get their hands on money and personal information.

“It’s all about prevention and protection,” Biegelman said. “I always say, if it sounds too good to be true, it usually is.”