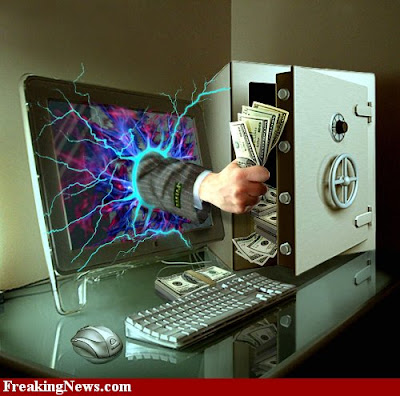 Organised by The Council of Europe, the conference aims to unite European nations behind its controversial cyber-crime convention.

Unanimity is vital. The fear is that if just one country fails to sign up to the convention, it could make a hole big enough to sink it.

What everyone is struggling to deal with, says Isabelle Rorive, Professor of Law at the Free University of Brussels, is the net's lack of borders.

"The sovereignty of a state stops with its borders," she says. "With the internet, all of that is abandoned."

Bernhard Otupal, from Interpol's Financial and Hi-tech Crime Unit, suggests: "What we, of course, would need is one legal system that can be used everywhere in the world, so that not only the attackers can work on a global basis, but the police can as well." 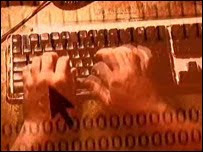 The internet's reputation for lawlessness means that WWW could stand for the World's Wild West - and it appears to be getting wilder.

There are viruses, spam, spyware and our personal details can be "phished" and we are all vulnerable to identity theft.

Criminals are attracted to cyberspace not just because of its vast reach and the seemingly limitless number of potential victims.

Cyber-crime is also relatively low risk. The internet is anonymous and makes it easy for us to hide exactly who we are.

This is particularly true of paedophiles who, posing as children, have been able to groom their victims before eventually meeting up with them.

Child welfare organisations say the net's anonymity has led to an explosion of child pornography and the abuse that goes with it.

Isabelle de Schrijver, from the Belgian association Child Focus, says: "The internet gives child abusers the opportunity to meet each other, to talk to each other, to exchange pictures, to produce pictures.

"It is a medium where child molesters get to know each other and make pictures a lot more than before."

Fears about cyber-terrorism are growing too.

"It has not happened yet and I think there is a chance that it will not happen in the near future, but we do have to prepare," says Dr Marco Gercke, of Munich's Ludwig-Maximilians University, who co-wrote the Council of Europe's report on cyber-crime.

"On the one hand we prepare physically by protecting power plants from the crash of a plane. We set up physical barricades.

"But this is just the one strategy and we have to ensure that the little cable that is going into the power plant that gives the company control over the power plant is also protected."

Some worry, however, that the right balance has not been struck between police powers and individual cyber-rights.

The issue of racist websites is a case in point. Some believe only a zero-tolerance policy to hate-speech is possible and want to wipe it from the web. Others say that the freedom to say what you think and feel is too valuable a principle to do away with.

"The major division in relation to race web-sites or hate-speech websites is that some countries have constitutional blocks from allowing them to stop people from accessing these websites," says Cormac Callanan of the association of Internet Hotline Providers (Inhope).

"Specifically what I am referring to is the United States, where they have the First Amendment rights of free speech."

But Suzette Bronkhorst, of the Netherlands-based INACH, the International Network Against Cyber Hate, adds: "American business providers are not restricted and they can remove what they like.

"They do remove stuff, because, for instance, the free providers depend on advertisers, not on people who put websites up, and advertisers do not want to be connected to racist materials."

Some see racist websites as a problem because they are reaching out beyond the immediate crowd of people who agree with the views espoused on such sites.

But banning is unlikely to be wholly effective, and some believe it would be better to teach people how to read the web and trust them to decide what they agree with or not.

"There is a large body of opinion that says: 'Let's not ban it. Let's do the opposite and get out there and make the message clearer,'" says Mr Callanan.

But Suzette Bronkhorst is not convinced. "That would be beautiful in the world - and we could all stand in a circle and hold hands for world peace."

She says: "By getting websites removed and in some cases launching a prosecution... [this] sends out a clear signal that this is not okay."