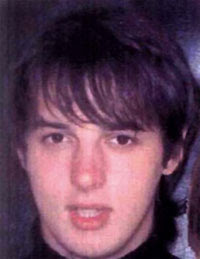 New York prosecutors indicted five Eastern European men on Monday in an extensive credit-card fraud operation that netted the defendants at least US$4 million from some 95,000 stolen card numbers.

The indictment caps the third phase of a four-year investigation involving law enforcement agencies in the U.S., the Czech Republic, Greece and Ukraine, according to information released by the Manhattan District Attorney's Office.

A total of 17 defendants have been indicted, although the last five defendants were only revealed this week due to extradition procedures.

Details of the case provide further evidence for the existence of a sophisticated underground economy, with cybercriminals who specialize in specific aspects of fraud in a chain of criminal activity. Hackers steal credit card numbers, sell them to middle men who specialize in converting those accounts into cash and goods using a variety of money-laundering methods.

Prosecutors allege the defendants were involved in an organization called the Western Express Cybercrime Group, which stole and then sold credit-card numbers on Internet forums called carding sites, where other criminals can buy tracts of stolen data. The crimes detailed in the indictment cover the period from November 2001 to August 2007.

Part of the scam also involved recruiting people to sell items purchased with stolen credit cards via eBay. Some of the defendants would then launder the proceeds through anonymous digital currencies including Egold and Webmoney, prosecutors said.

Viatcheslav Vasilyev, 33, of Russia, and Vladimir Kramarenko, 31, have been indicted on charges of enterprise corruption, a felony with a maximum penalty of up to 25 years in prison; scheme to defraud, a felony with a four-year maximum penalty, and grand larceny, money laundering, criminal possession of stolen property and conspiracy.

Vasilyev, who went by the nickname "TheViver," and Kramarenko, known as "Inexwor" and "Envisor," were both arrested in July 2008 in the Czech Republic and extradited to the U.S. last week.

A third defendant, 23-year-old Egor Shevelev of Ukraine, was arrested in May 2008 in Greece. He's been indicted on similar charges to Vasilyev and Kramarenko, and also charged with attempted criminal possession of stolen property.

Two defendants remain at large: Dzimitry Burak, 26, of Belarus, and Oleg Kovelin, 28, of Moldova. They've also been indicted on similar charges to Vasilyev and Kramarenko.