INTERNET FRAUD IN NIGERIA…A COLOSSAL UPHEAVAL! - - Internet Fraud In Nigeria and Africa... What do u think? 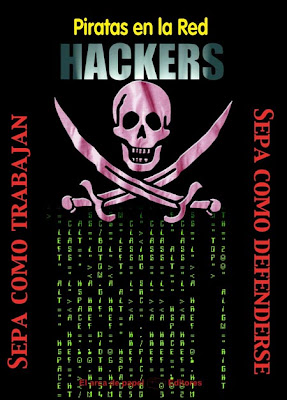 At the start of fraudulent activities in Nigeria, little was it known that its effect would be this immense and adverse? As a matter of fact, I grew up experiencing the activities of fraudulent practices; corruption was just being birthed and some sector of the populace had caught the ´´bug´´ and were ´´cashing in´´ (permit me to use such phrase). We had cases of foreigners and even Nigerians becoming victims in the hands of people known as ´´419ers´´ stirring up an abysmal level of insecurity and mistrust amongst Nigerians both Home and Abroad. Insecurity that marred the image of the Nigerian state and Nigerians had to be exceptional in their quest to be relevant in Global platforms.

The advent of agencies and institutions specifically created to contain challenges of that sort reached an appreciable length but was not good enough as a new trend sprung up and caught like wildfire. When I first heard about ´´yahoo-yahoo´´, – a phrase generally used by Nigerians to generalise the practise of scam activities on the internet, I never in my imaginations thought it would get to this point… a point where the image of my dear Nation, Nigeria, is on the retrogressive slide creating obstacles to factors that could ensure economical, social, and infrastructural growth. Factors such as the influx of foreign investors to Nigeria, business opportunities between Nigerians and Her counterparts in the Diaspora and so on. The internet, supposed to be a great tool for global exchange and development has now become one of our greatest worry in this side of the Africa.

Why is it that almost anything that´s got to do with financial scams has something to do with a Nigerian? As a Nigerian, the phrase yahoo-yahoo shouldn´t be new to you as it has become an inherent resident in our society. Sometimes I wonder what the reason is. Why would people opt for such a despicable form of lifestyle or should I say livelihood? Why people would rejoice at the expense of others (victims)? One thing I do know as a constant is the law of Karma… What goes around definitely comes around. These people do not aspire to be Doctors, Lawyers, or Engineers like their parents may desire but rather out of laziness, or sheer envy and greed, long to have ´´quick money´´ in order to show off among their peers. They assume exorbitant lifestyles far beyond their possible reach, spending lavishly on their friends and cohorts in what seems to be a competition among them in a bid to get acknowledged and noticed probably by the opposite sex. The ´´yahoo-yahoo boys´´ as they are also known, drive expensive cars that even their parents cannot afford with no substantial proof to show legitimate acquisition. Obviously obnoxious, is the fact that even most parents, aware of such unhealthy practises do nothing to contain their wards as some of them also benefit from the ´´fruits of THAT labour´´. INCREDIBLE!

The victims of this plague, are usually sincere foreigners with the aim of doing business internationally but end up in the jaws of predators who would have lured them with so many tactics for days, weeks and even months – of course they don´t get bored waiting for a response from their ´´magas´´ (what the victims are usually called) as they have so many on their list. These days, even fellow Nigerians are becoming victims. Oblivious of the antics of these culprits, sincere and honest Nigerians (the few left) willing to do business are unfortunate to have such encounters as the Y-Y boys operate with false identities mostly those of foreigners.

Then I wonder… how do they successfully go into the banks and retrieve this money without being caught? Until recently I found out they do with fake Drivers license and international passports bearing fake names and I ask; can´t anything be done about this? Developments like this have a huge negative impact on the youths of a nation like this where a large sector of the economy struggle to have a three square meal. We are still struggling to deal with youth restiveness especially in the Niger Delta; Abduction and Militancy- an overwhelming standard to deal with, fuel crisis, outrageously epileptic power supply and so on…now THIS? The role of the youth in the development of Nigeria in our quest to attain the desired status Nigeria has since lost as the Giant or Pride of Africa cannot be over- emphasised but will not be achieved with this kind of lackadaisical and lacklustre approach to this menace. Think for a second… what if this problem is dealt with? What becomes of the people who practise it? Of course they would find it difficult to settle for less. I mean white-collar jobs that pay far less than what they have been used to and that Is for those qualified enough to even get a job interview. For those who shunned school for a more speedy way of wealth acquisition, they would resort to other ills like robbery, kidnapping or maybe both.

Furthermore, these activities – if not checked will eventually put our Image as a Nation in Jeopardy (more than it already is) and hard to recover from. If you ask me or if the Government and those with immediate responsibility to dealing with this situation called yahoo-yahoo, I think there are some ways this crime can be eradicated but I have an idea on one or two ways. Take for instance, the case of the drivers´ licenses, I learnt since being one of the easy ways with which they get their money, many of them now hold multiple licenses with all bearing different names. I think the government should unequivocally make their claims towards flushing out unscrupulous activities of this sort by starting first with the respective parastatals like the VIO, FEDERAL ROAD SAFETY CORPORATION, and the IMMIGRATION SERVICE, responsible for the manufacture and issuance of drivers´ licenses and international passports. If these government organisations are put under intense scrutiny and all the processes reviewed making it rather impossible to have more than one drivers´ license or a passport at a time and also ensuring that the ones´ given out contain genuine details and information making it easier to trace the practitioners of this crime, the rate of internet fraud will reduce appreciably. You might wonder how possible it is for someone to have more than one of these documents in their possession. Imagine the cost of applying for a drivers´ license at 5000 then somebody offers double that price (of course we all know NOT everybody with a drivers´ license in Nigeria was tested and approved qualified). So I think measures should be in place to check these excesses.

Another aspect is the banking sector. This is another avenue where a lot of work needs to be done as this is the ´´final bus stop´´ or ´´the collection point´´. I also recently discovered that the y-y boys now have insiders in the banks whom are bankers themselves - more like agents to ensure that the ´loots´ are delivered to their respective clients – rather shameful! I cannot stand to see my dear country go down in shame… It´s time for us to stand up from our state of ennui and fight for a necessary course. These are some of the ways we could stop the continued growth of this evil trend and my own way of showing displeasure and disapproval. Let us make our Nation a better place like we all want it to be. Remember, ´´IF WE CAN´T GET IT RIGHT, THE NATION WON´T GET IT RIGHT´´.
Posted by Shamood at 9:44 PM