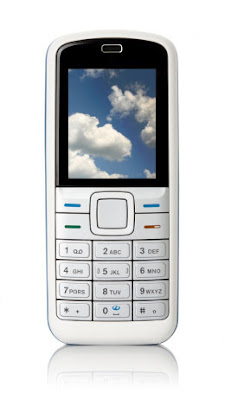 Protest message claims that US President Obama has established a program in which welfare recipients are eligible to receive a free cell phone and a free monthly phone allowance.

In fact, the reality of this mail is misleading and inaccurate - Programs to provide discounted telephone services do exist, but they have been in place for many years and were not initiated by the Obama administration.

This is no joke!

I had a former employee call me earlier today inquiring about a job, and at the end of the conversation he gave me his phone number. I asked the former employee if this was a new cell phone number and he told me yes this was his “Obama phone.” I asked him what an “Obama phone” was and he went on to say that welfare recipients are now eligible to receive (1) a FREE new phone and (2) approx 70 minutes of FREE minutes every month. I was a little skeptical so I Googled it and low and behold he was telling the truth.

TAX PAYER MONEY IS BEING REDISTRIBUTED TO WELFARE RECIPIENTS FOR FREE CELL PHONES. This program was started earlier this year.

Enough is enough, the ship is sinking and it’s sinking fast. The very foundations that this country was built on are being shaken. The age old concepts of God, family, and hard work have flown out the window and are being replaced with “Hope and Change” and “Change we can believe in.” You can click on the link below to read more about the “Obama phone”…just have a barf bag ready.

This protest email claims that US President Obama has initiated a scheme in which low-income earners can receive a free cell phone along with a monthly phone allowance of around 70 minutes. According to the message the "Obama Phone" scheme is being funded by US taxpayers.

However, the information in the message is misleading and inaccurate. While there is a scheme that provides free or discounted phone services for certain eligible low income earners, it has been in place for many years and has nothing whatsoever to do with President Obama. Nor is the scheme directly funded by taxpayers as claimed in the message.

The subsidy scheme consists of two programs, Lifeline Assistance and Link-Up America that come under the control of the Federal Communications Commission (FCC). The current form of the scheme began more than a decade ago via an act of Congress, the Telecommunications Act of 1996. A May 1997 news release about the act states:

The 1996 Act requires the Commission and the states to ensure that affordable, quality, telecommunications services are available to all Americans. Consistent with Congress's mandate, the Commission sets in motion universal service policies that will ensure all Americans, including low-income consumers and those who live in rural, insular, high cost areas, shall have affordable service and will help to connect eligible schools, libraries, and rural health care providers to the global telecommunications network. The new plan fully funds Congress's universal service goals, while ensuring adequate incentives for continued investment in the local telecommunications network. The Order also ensures that rural, small, and high cost telephone companies continue to receive the necessary universal service support.

Information about the programs on the FCC website notes:

Telephone service is considered a necessity for daily modern life. Yet the cost of starting and maintaining such service may be too high for some consumers. Under Congressional mandate, the federal Universal Service Fund (USF) supports the Lifeline Assistance and Link-Up America programs. These programs provide discounts on basic monthly service and initial installation or activation fees for telephone service at the primary residence to income-eligible consumers. The Federal Communications Commission (FCC), with the help of the Universal Service Administrative Company (USAC), administers the USF.

Moreover, even before the 1996 act was initiated, other informal programs to provide universal telecommunications service were in place including a version of the Lifeline program.

And, while the programs are overseen by Federal Government entity, the FCC, they are not directly funded by taxpayers as claimed in the message. The May 1997 FCC article explains:

Some consumers may notice a “Universal Service” line item on their telephone bills. This line item appears when a company chooses to recover its USF contributions directly from its customers by billing them this charge. The FCC does not require this charge to be passed on to customers. Each company makes a business decision about whether and how to assess charges to recover its Universal Service costs. These charges usually appear as a percentage of the consumer’s phone bill. Companies that choose to collect Universal Service fees from their customers cannot collect an amount that exceeds their contribution to the USF. They also cannot collect any fees from a Lifeline program participant.

Over twenty years ago, the Federal Communications Commission (FCC) created the Lifeline Program to help guarantee Universal Service in the US. The Lifeline Program provides discounted telephone service to low-income families and individuals that otherwise would find it difficult to pay for telephone service. To qualify for Lifeline Support, Families or individuals have to be either enrolled in a State social service program or qualify under the U.S. Federal Poverty Guidelines. Eligibility varies by state.

In April 2008, the FCC approved TracFone as an Eligible Telecommunications Carrier (ETC) to provide Lifeline Service in 11 states. Subsequently, TracFone has been approved in an additional 9 states and is currently providing service in 19 states. Today, there are over 1,700 ETC’s providing Lifeline service throughout the United States.

Thus, the claim that it was the Obama administration that created the scheme is clearly untrue. Even Safelink Wireless, the specific program referred to in the message, was initiated before Obama came to power, during the administration of President George Bush. Calling the free cell phones provided by Safelink Wireless "Obama Phones" is therefore misleading to say the least. As Justin Bank of FactCheck.org pithily puts it:

The president has no direct impact on the program, and one could hardly call these devices "Obama Phones," as the e-mail author does. This specific program, SafeLink, started under President George Bush, with grants from an independent company created under President Bill Clinton, which was a legacy of an act passed under President Franklin Roosevelt, which was influenced by an agreement reached between telecommunications companies and the administration of President Woodrow Wilson.

Of course, it is accurate to state that many US telecommunications consumers do indirectly fund the phone service programs via Universal Service Fees collected by their phone service providers. However, it is not true that taxpayer money is being redistributed to fund the programs as suggested in the email.
Posted by Shamood at 5:28 AM

Ey! thank you very much for your comment. :) I promise I will improve my blog for your entertainment.

thanks for a reply. i never imagined that i will get such prompt response from you.

see you more from you