Huge numbers of impoverished young people in Nigeria have been expending a massive amount of energy and talent to commit cybercrimes.

According to a report from the Internet Crime Complaint Center, Nigeria (with a population of 146 million) is third place among countries having the largest numbers of cyber-perpetrators. 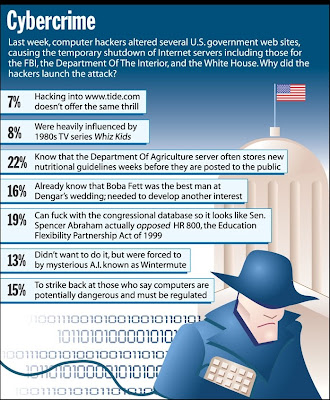 But a small consulting firm known as Paradigm Initiative Nigeria (PIN) is determined to help redirect that youthful energy toward positive online engagement. Its plan of attack includes a grand vision, an ambitious grass-roots culture-change campaign, and an influential partner -- Microsoft Nigeria, which is providing a $50,000 grant and other services.

PIN, based in the Nigerian city of Lagos, aims to use information and communication technologies to bring about socio-economic transformation. It refers to its nationwide campaign as the Internet Safety, Security and Privacy Initiative for Nigeria (ISSPIN).

The major components of the year-long initiative, according to PIN executive director ‘Gbenga Sesan, include the following:

1) Anti-cybercrime workshops. These were conducted during October 2008 for over 500 high school students across three African states.

2) A national one-day event. Known as "The Alternative," and held October 25, the event featured popular national entertainers, anti-cybercrime awards, and educational presentations to an audience of 1,000.

3) Youth ambassadors. Twenty-four young leaders are touring elementary and high schools throughout 11 Nigerian states over a one-year period to raise awareness about cybercrime’s consequences and alternatives. Sesan estimates that they will reach about 2,000 students.

4) Mentoring/training. Microsoft Nigeria will rehabilitate 25 at-risk youths who will be trained to use software development tools and then receive three-month internships with local software companies. The youths will then be encouraged to either seek employment within the software industry or work as independent software developers. The process will also include a mentorship component that allows the interns to benefit beyond technical skills.

5) A national media campaign. Microsoft Nigeria will also provide bumper stickers, distribute over 10,000 free CDs of its digital literacy curriculum, and facilitate a music project with the Nigerian Economic and Financial Crimes Commission, PIN, and Mo Hits Records. “We will be requesting leading Nigerian musicians to collaborate and sing a song… to ask youth to shun cybercrime. At the moment, there are at least two very popular songs that encourage cybercrime -- and these have had impact on the mindset of youth,” Sesan says. Radio and television ads will also support the ISSPIN initiative.

The campaign has attracted the attention of media and institutions within and outside Nigeria, and many wish to become partners in the project.

ISSPIN has had a policy impact in Nigeria as well. “The campaign helped shed light on the need for government to accelerate the passage of the cybercrime bill, and it has remained popular with local media," Sesan says. A bill on cybercrime has been launched in the House of Assembly, and several institutions, including the Nigeria Internet Group, have spoken up to support it.

PIN plans to keep up the momentum. “There are plans for possible expansion over the years -- it’s an annual plan -- by which time we would have been able to attract more partners,” Sesan says.

Let’s wish them luck.
Posted by Shamood at 9:26 PM