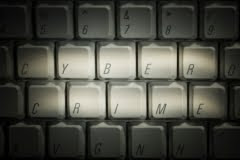 Michelle, an anesthetician from Kansas got her first computer three years ago, and she enjoyed receiving emails from her old college friends. She also liked to look at the latest beauty products online, although she never purchased any. She was a single mother supporting two sons, and the primary use of the computer was for the boys to look up information for school projects.

However, over the last year, Michelle noticed her computer seemed to be moving more slowly. In fact, by the time we interviewed her, she and her two boys had stopped using the computer altogether because it was so slow that it was unusable.

Over Christmas, she wanted to purchase some small gifts for some of the people she worked with. In particular, she wanted to locate some live ladybugs to give to one of the girls at work. So, not having a computer to use at home, she borrowed her grandmother's computer to locate and purchase the ladybugs. After a short time, she noticed her grandmother's computer seemed to be moving slowly too, so she decided that computers were just not for her.

Michelle's new boyfriend, however, was a computer science and engineering student, and when she told him about the slowed computers, he guessed the problem right away: spyware. He downloaded a spyware detection program and confirmed his diagnosis. It took him several days to untangle the mess, but eventually the spyware was removed and the computers were back to normal. He installed antivirus and security software for Michelle and her grandmother, and they were soon both back online. However, the story does not end here.

While Michelle was using her grandmother's computer, she had received a pop-up ad announcing she had won a $500 prize. All she had to do was answer a few questions, and she could claim her $500 shopping spree to a local department store. Michelle answered the questions, and then was told she had to buy two small items before getting her gift certificate. She ordered the two least expensive items from the gift menu, gave her credit card information as requested, and then attempted to put in the rest of the information to claim her $500 gift certificate.

However, the Web site would not accept her information, and after several attempts she gave up and decided to email the site owners, hoping they would help her get things sorted out. She wrote to them twice, but never received a reply. Her credit card was charged for the two 'small items' she agreed to purchase, but she never saw the $500 gift certificate.
Posted by Shamood at 12:39 AM