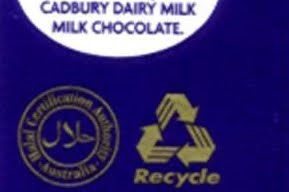 Protest message calls on Australian consumers to avoid buying products that include the Halal Certification Authority Logo because the fees food companies pay for the use of the logo go to a religion that is "actively trying to destroy the Australian way of life" and possibly even supporting terrorism.

Some Cadbury products, and products from many other companies do include the Halal Certification Authority Logo, but the suggestion that fees are used to support terrorism or the destruction of the Australian way of life is highly inflammatory and has no credible evidence to support it.

Please forward to as many people as you can

I checked out Cadbury today at Woolworths!!! No more Cadbury's for me!!! I will check everything from now on... It is also on my Bega Cheese. The symbol is so small you can hardly ready what it says.

This is absolute fact. Before Lorraine went shopping Monday I showed her this email. She looked at the products in the shop mentioned and they had the symbol hidden on the back of the packaging and in a very weak colour that was hard to see. Leggo's Pasta Sauce has the logo on their bottles. ..

Have you ever seen this symbol on your food products?

The LHS symbol is that of the - HALAL CERTIFICATION AUTHORITY AUSTRALIA

This is a Muslim Association that collects money from the Australian Food Industry for this symbol so that Muslims will purchase the product. Yet we are told the Muslim population are only one and a half percent of Australia's total! On a recent radio talk-back show a well known host was alerted to this practice.

He hit a stone wall when trying to find out HOW MUCH money was paid to this organization and WHERE the money went.

It was explained that by buying those marked products at least you are supporting a religion that is actively trying to destroy the Australian way of life or at the other extreme the money MAY be supporting terrorism. Many Australian Companies are paying this money including BEGA, CADBURY and many other well known companies. Check before you buy. DO YOU KNOW WHERE THAT MONEY IS GOING?

Until you know, support those companies that support the Australian way of life.

Be Ware! It's a Cyber World - - Explanation:

This protest message, which circulates via email and online communities, points out to recipients that Cadbury and other companies include the Halal Certification logo on the packaging of some of their products. The message explains that companies need to pay a fee to a Halal Certification entity in order to display the logo and questions how much these fees are and what they are used for. It suggests that, since the fees are going to a Muslim organization, they are supporting a religion that is "actively trying to destroy the Australian way of life" and possibly even aiding terrorism. The talk-back radio host mentioned in the message probably refers to Brisbane radio station 4BC's Michael Smith who featured a radio segment on the subject along with a corresponding website article. 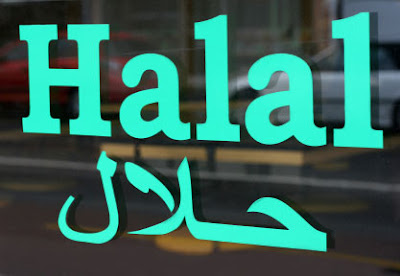 "Halal" is an Arabic word that means "permitted or lawful". Halal foods are foods that are permitted under Islamic dietary guidelines that were taken from the Islamic Holy Book, the Koran. Thus, practising Muslims must avoid foods that are not Halal and the Halal certification system is designed to help them make appropriate food choices. Companies that wish to promote a food product as Halal must go through a stringent certification process with a recognised Halal certification body.

According to information about Halal certification published on the Food Safety Australia website, there are at least 15 organizations in Australia that are able to certify a company as being Halal. These organizations include Halal Certification Authority Australia, the entity mentioned in the message, along with others including the Australian Halal Food Services Trust, the Islamic Co-ordinating Council of Victoria and the Australian Federation of Islamic Councils. The article notes that the certification process involves five steps, namely, application, submission, processing, certification and post-certification. Once the applying entity reaches the certification stage it is then permitted to display the approved logo on its accredited products or services, usually for a set time-period of one or two years. Before the specified expiry date, the company must submit a renewal application detailing any changes to its processes and ingredients if it wishes to continue displaying the logo.

With a growing Muslim population both in Australia and overseas it makes good business sense for Australian food companies and services to undergo the process of Halal Certification where possible, and this is obviously a primary motive for companies to undertake the process and pay for certification.

However, the suggestion in the email that all Muslim Australians are intent on destroying the Australian way of life is inflammatory and unfair. Far from "actively trying to destroy the Australian way of life", Australia's Muslim community forms a vibrant and productive part of Australia's culture. Australia is a multicultural society, and the Muslim community does much to enrich and enhance Australia's inherent cultural diversity. In any case, it could be argued that the "Australian way of life" is more of an abstract concept than a concrete entity - a fluid ideal largely based on an individual's own belief system, expectations and ethnic and cultural background. From its earliest days, Australia has been made up of people from many different ethnic backgrounds and diverse belief systems. Rather than damage or destroy it, this rich diversity has made the country stronger, more vibrant and ultimately more successful. Australia's Muslim community is very much a part of that strength and diversity.

Even the well-respected Heart Foundation Tick program charges companies for the use of the symbol, albeit only to generate revenue to run the scheme. In fact, a number of other interest groups run similar fee-based certification programs including HACCP Australia and various organic food entities such as The National Association for Sustainable Agriculture, Australia (NASAA).

That said, part of the reason that the protest message is causing such consternation is that it is seemingly difficult to find information about how much these Halal certification services charge their clients, what generated revenues are used for and how much of the money is cycled back into running the services. Michael Smith notes that the person he contacted seemed reluctant to disclose any information about fee structures or use of funds. In a response to my enquirers, Mohamed El-Mouelhy, Chairman of HACC, explained that certification fees were well known to his clients and there was no need to advertise them. He also notes that Australian Quarantine and Inspection Service (AQIS) conducts annual audits of his organization. I have included a full copy of Mr El-Mouelhy comments below:

Thank you for your email and article regarding Halal certification.

Unlike Kosher certification, the Heart foundation certification, Organic certification etc, Halal certification is regulated by the Federal Government through an approved arrangement with the Australian Quarantine and Inspection Service (AQIS). Halal Certification Authority Australia (HCAA) generates 8 billion dollars for the economy of this country through exports. Our fees are well known to our clients and we have no need to advertise them to all and sundry. Unlike other types of certifiers we are audited annually by AQIS and like every company in this country we are financially audited by a chartered accountant. We pay company tax as well as income tax.

Halal certification has created 30,000 jobs directly and about 400,000 jobs indirectly and all the misguided writer of these emails are doing their best to accuse HCAA and the manufacturers it certifies of being involved directly or indirectly of terrorism.

The true terrorists are the writers of these emails who seem to be a combination of xenophobes, bigots and ignorant people determined to sabotage one third of Australia’s food export that HCAA helped build over the years.

HCAA will not justify its existence to a kangaroo court nor will it reveal its income and expenditure to other then the Taxman and other government departments.

Those suspecting us of doing anything to harm Australia are advised to immediately call the Australian Federal Police on 1800 333 000 who are the legitimate entity to investigate such allegations rather than the internet to sabotage Australian exports.

Given the often volatile relationship between Muslims and non-Muslims largely caused by the heinous acts of a violent and hate-motivated minority of Muslim extremists, it would seem to be in the best interests of law-abiding Muslim entities to be as transparent and forthcoming as possible with regard to activities such as Halal Certification. Simple acts of good will, such as openly publishing the fee structure and an outline of revenue use on Halal Certification websites, would certainly help to alleviate the fears of non-Muslims who receive the above email. While publicly disclosing such information might seem irksome and an unfair requirement, those operating Halal Certification organizations would do well to recognize the climate of fear and loathing caused by the terrorist minority who purport to share their faith and take active steps to allay the concerns of the wider Australian community. A simple guideline to Halal Certification pricing such as that published on the Kosher Australia website for Kosher Certification might be a positive first step.
Posted by Shamood at 3:24 AM