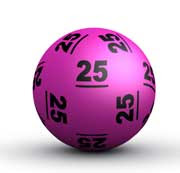 You receive an unsolicited email, which states that you have won a major prize in an international lottery. Supposedly, your email address was collected online and attached to a random number that was subsequently entered in a draw for the lottery. In order to claim your prize, you are instructed to contact the official "agent" in charge of your case. You are also advised to keep the win confidential for "security reasons". This part of the scam is basically a random phishing expedition. If you respond in any way to the email, the scammers will send further messages or even contact you by phone in an attempt to draw you deeper into the scam.

You may be asked to provide banking details, a large amount of personal information, and copies of your driver's licence and passport. Ostensibly, these requests are to prove your identity and facilitate the transfer of your winnings. However, if you comply with these requests, the scammers will have enough information to steal your identity.

Sooner or later, the scammers will request some sort of advance fee supposedly to cover administration, legal or delivery costs. At its core, this scam is just a reworking of the Nigerian loan fraud, in which scammers also eventually ask for upfront fees to facilitate the "deal". Like Nigerian scams, victims who do actually pay the requested fees will probably find that they receive continuing payment demands to cover "unexpected expenses". The requests for money will go on until the victim realizes what is happening or has no further money to send.

In some cases, the scammers give victims the option of opening an account at a particular bank as an alternative to paying upfront fees. However, this "bank" which is completely bogus, will insist on an initial deposit of $3000 as a requirement for opening the account. The fake bank will have a legitimate looking website to reinforce the scam. In other cases, the victim is given the option of travelling to an overseas destination and paying a cash fee to facilitate the release of the funds. However, any "winnings" released to the victim will be counterfeit and therefore worthless.

The details of the lottery scams vary regularly with regard to the name of the lottery itself, the country of origin, the sponsoring organization, the amount of the "prize" and other particulars. The scammers try to add a patina of legitimacy to their claims by mentioning real financial institutions, government departments or well-known companies. They may also provide links to slick looking, but fraudulent websites that are designed to back up information included in the scam emails. If the scammers are successful in establishing a dialogue with a potential victim, they may provide "proof" such as a scanned image of a supposed government official's ID and even photographs of the "winnings" in cash.
Posted by Shamood at 12:13 AM