Tagged.com to Face The Lawsuit Filed By New York's Attorney General For Stealing Identities of More Than 60 Millions 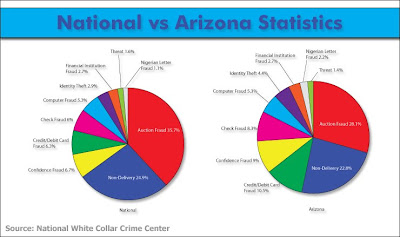 Andrew Cuomo said he plans to sue the social networking Web site for deceptive marketing Download Free eBook - The Edge of Success: 9 Building Blocks to Double Your Sales and invasion of privacy.

"This company stole the address books and identities of millions of people," Cuomo said in a statement. "Consumers had their privacy invaded and were forced into the embarrassing position of having to apologize to all their email contacts for Tagged's unethical -- and illegal -- behavior."

Started in 2004 by Harvard math students Greg Tseng and Johann Schleier-Smith, Tagged calls itself a "premier social-networking destination." The California-based company claims to be the third-largest social networking site after Facebook More about Facebook and MySpace More about MySpace, with 80 million registered users.

Cuomo said Tagged acquired most of them fraudulently, sending unsuspecting recipients emails that urged them to view private photos posted by friends.

The message read: "(name of friend) sent you photos on Tagged."

When recipients tried to access the photos, Cuomo said they would in effect become new members of the site -- without ever seeing any photos. Recipients' email address books would then be lifted, the attorney general said.

Email and telephone messages from The Associated Press to the company were not immediately returned on Thursday.
Breaking and Entering

In an open letter on the site, dated June 16, Tseng acknowledges that Tagged had received 2,000 complaints "from people who invited all the contacts in their email address books but didn't intend to."

He said that every day, "our members make 2 million new friend connections" using the site's special "feature." However, on June 7, in response to the complaints, "we hit the pause button."

The site than emailed all new members to offer "information on how to manage Manage and grow your business with Microsoft Office 2008 for Mac Business Edition their contacts and, if they wanted, how to cancel their membership."

"This very virulent form of spam is the online equivalent of breaking into a home, stealing address books, and sending phony mail to all of an individual's personal contacts," Cuomo said.
History of Spamming

The system was set up so that a user was asked whether the sender of the photos was a friend, then suggesting that if the recipient didn't respond, the friend "may think you said no" (accompanied by a sad face icon).

Any click resulted in the same thing, Cuomo said: Every person on a user's contact list received an email that again read, "(name of user) sent you photos on Tagged." The site then released a flood of offers for everything from sweepstakes to other services.

By the time a recipient realized there were no photos, it was too late.

The attorney general said a lawsuit would seek to stop Tagged from engaging in "fraudulent practices" and to seek fines.

At the time, the director of the FTC's Bureau of Consumer Protection, Lydia Parnes, said the Tseng-founded site had "intentionally used personal messages as a cover-up for commercial messages."

Such practices violate not only the law, she said, "but also consumer trust."
Posted by Shamood at 6:37 AM