Be Ware! it's a Cyber World - - Brief Summary:
Message claims that Canadian coffee and doughnut chain, Tim Hortons, adds nicotine to its coffee and that patrons have suffered serious health problems as a result. 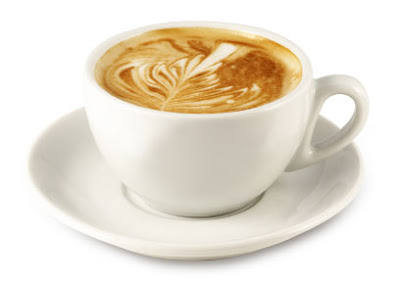 I'm not sure if this is true or not...but if it is, you'll certainly be seeing this in the news someday soon....I quess will just have to wait and see.

Are you a Non- Smoker or Against smoking all together ? Do you ever wonder why you have to have your coffee every morning?

A man from Arkansas came up to Canada for a visit only to find himself in the hospital after a couple of days. Doctor's told him that he had suffered of cardiac arrest. He was allergic to Nicotine. The man did not understand why that would of happened as he does not smoke knowing full well he was allergic to Nicotine. He told the doctor that he had not done anything different while he was on vacation other than having Tim Horton's coffee.

The man then went back to Tim Horton's and asked what was in their coffee.

*** THERE IS NICOTINE IN TIM HORTON'S COFFEE

A girl I know was on the patch to quit smoking. After a couple of days she was having chest pains & was rushed to the hospital. The doctor told her that she was on a Nicotine overload. She swore up & down that she had not been smoking. SHE WAS HAVING HER COFFEE EVERY MORNING.

Now imagine a women who quits smoking because she finds out that she is pregnant, but still likes to have her Tim Horton's once in a while.

Be Ware! it's a Cyber World - - Explanation:

This foolish piece of baseless scaremongering has now been circulating for several years.

Tim Hortons denies the rumour in a statement on its website:

This urban myth is just that. a myth!

Tim Hortons customers expect and deserve high quality coffee that is always fresh and consistent, along with fast, efficient service and all at a good value. Tim Hortons would like to clearly state that there is absolutely NO nicotine or MSG in our coffee. Tim Hortons coffee has NO ADDITIVES whatsoever. It is made only from a blend of the highest quality premium Arabica beans from several different coffee growing countries.

Tim Hortons decaffeinated coffee also contains no additives. It is decaffeinated through what is called the Swiss Water method, which is the purest manner of removing caffeine from the coffee. Tim Hortons believes that our focus on quality, service and value, is what keeps our customers coming back for more!

The message advises recipients that they might soon see this information on the news. However, there is no logic to this claim. If Tim Hortons was really adding a dangerous substance such as nicotine to its coffee, it would already be a major news story. The mainstream media would certainly not sit back and let such a sensational story travel solely by way of a poorly written email forward.

Thus, this bogus warning has absolutely no basis in fact and it should not be forwarded.
Posted by Shamood at 3:13 AM