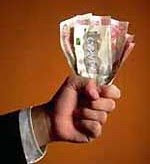 Email claims that the recipient has been awarded 2 million dollars as part of a donation pledge given by Hyundai Chairman Chung Mong-koo as a condition of his conviction for embezzlement.

This is to notify you that you have been chosen By the seven-member committee to fulfill Chairman Chung Mong-koo's promise to donate One trillion won (US$1.1 billion) to charity, contingent to a suspension early this month of his three-year prison sentence for embezzlement and breach of trust.The ruling meant that the 69-year-old chairman will not be thrown back into jail as long as he remains clean during the next five years.. In suspending the prison sentence, the Seoul High Court ordered Chung to fulfill the pledge of donations.Chung, want this money used for the protection of the environment and to build art and cultural facilities..

As one of the final recipients of this Cash Grant/Donation for your own personal,education and business development. The Hyundai Company is the world's largest shipbuilder and 6th largest automaker and owns Hyundai Group,the parent company for all Hyundai Motor. The company has decided to randomly select email addresses that would benefit from this donation.Based on the random selection exercise of internet service providers(ISP) and millions of Super market cash invoices worldwide, you were selected among the lucky recipients to receive the award sum of US$2,000,000.00 (Two Million United States Dollars) as charity donations/aid from Hyundai Group.

This email claims that the "lucky" recipient has been awarded the sum of $2,000,000.00 as part of a donations scheme organized by South Korean automaker Hyundai. According to the email, Hyundai chairman Chung Mong-koo was convicted of embezzlement and breach of trust but received a suspended jail sentence on the condition that he make good on a pledge to donate 1 billion dollars to charity. Supposedly, the recipient has been chosen to receive a portion of this charity fund via the random selection of his or her email address. The recipient is instructed to contact the "head of committee" to initiate processing of the award

However, the message is not from Hyundai and the recipient has not been awarded any money. In fact, the message is part of a scheme designed to trick victims into sending money to Internet criminals. The promised two million dollars is simply the bait used to entice victims into contacting the scammers. Those who contact the bogus "head of committee" as instructed will sooner or later be asked to send money, ostensibly to cover fictitious fees or charges supposedly connected to the award. The scammers will claim that the fees must be payed in advance in order to facilitate release of the award money. They will insist that the required fees cannot be deducted from the award money itself. During the course of the scam, the victim may also be tricked into providing a large amount of private information that might subsequently be used by criminals to steal his or her identity.

In order to make their bogus schemes sound more believable, scammers often use real events, situations companies or people as a basis for their claims. In this scam, they have built their lies on a real situation pertaining to Hyundai chairman Chung Mong-koo. In 2007, Chung Mong-koo was indeed convicted of embezzling more than $100 million from Hyundai and received a three year sentence. However, in a controversial move, the sentence was suspended because it was considered that Chung Mong-koo was too important to the Korean economy and the future of Hyundai. He was instead ordered to fulfill a promise he made in 2006 to donate $1.1 billion of his personal assets to society. He was also ordered to perform community service. Reports indicate that Mong-koo intended to donate funds to build a concert hall and other cultural centers in Korea.

The scammers have included links to news articles about the Chung Mong-koo court case in an attempt to add credence to their claims. What ever Chung Mong-koo ultimately uses his donated funds for, you can rest assured that he will not be sending millions of dollars to overseas strangers based on the random selection of email addresses. Such claims are simply absurd.

There are thousands of variations of advance fee scams like this one. Many claim that the recipient has won a large sum of money because their email address was randomly selected from a pool collected on the Internet. Others claim that the recipient has been awarded a grant from a well-known organization such as the Catholic Church. Internet users should be very cautious of any unsolicited email that claims that they have been awarded money from a charity fund, won a lottery that they have never even entered or been approved for a grant that they never applied for. Any such claims should be treated with the utmost suspicion.
Posted by Shamood at 1:49 AM

Some days ago I received a SMS about lottery. There was written that my mobile number has won £500.000 GBP from hyundai charity fund lottery.
Now i want to know more information about this SMS. Is that right???
So what should i do?
Please help me.....

Thank you very much