Be Ware! Its a Cyber World - - Reality of Floating Volcanic Stones and New Island in the South Pacific

Emailed photographs claim to depict large areas of volcanic stones floating on the ocean as well as the birth of a new volcanic island.

AMAZING SIGHT IN THE SOUTH PACIFIC The yacht 'Maiken' was traveling in the south Pacific when the crew came across a weird sight. It was sand in the water, and the sand was floating ON TOP of the waves... Look at these photos and try to imagine the feeling, the thrill of experiencing this phenomenon close-up. 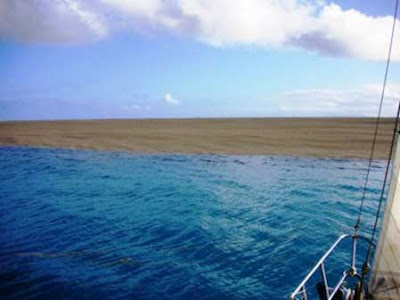 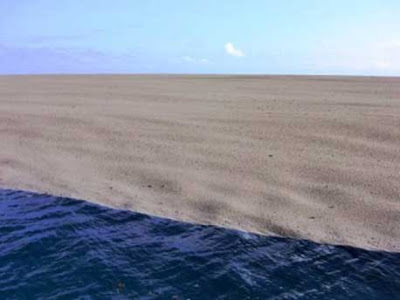 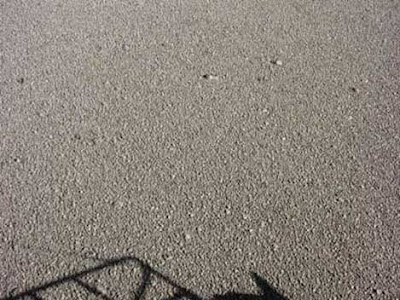 This is not a beach, it is volcanic stones floating on the water. 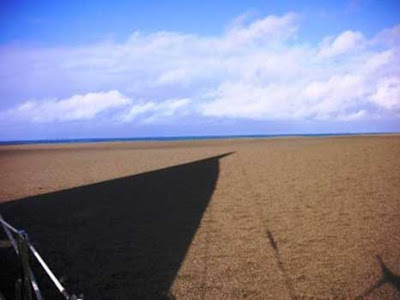 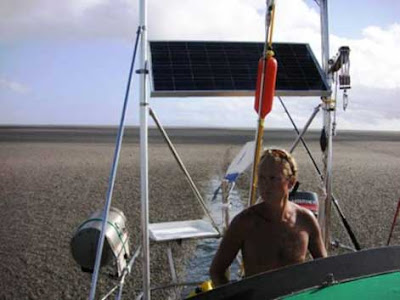 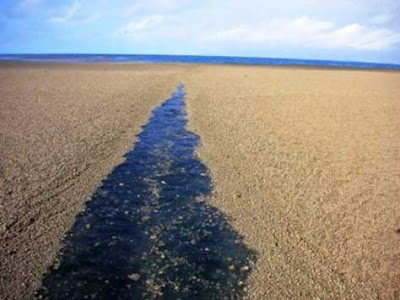 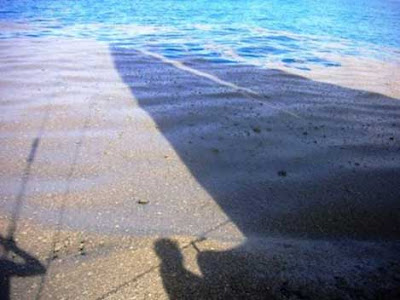 The trail left by the yacht... through the sand
And then this was spotted ... just behind them... ash and steam rising from the ocean... 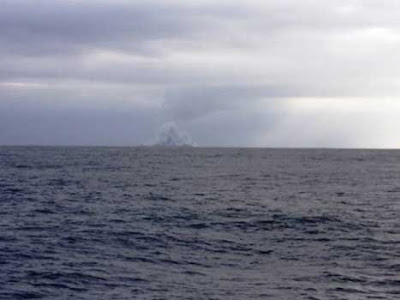 And, while they were watching... 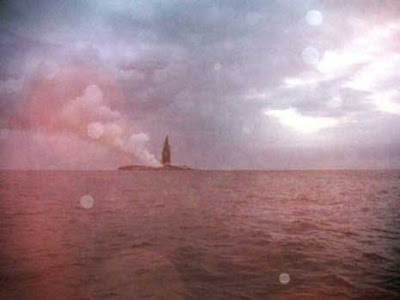 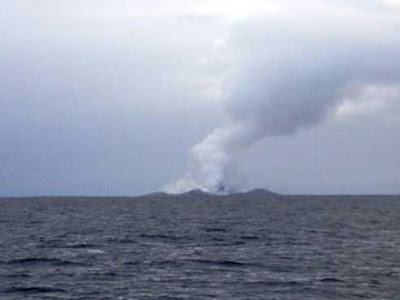 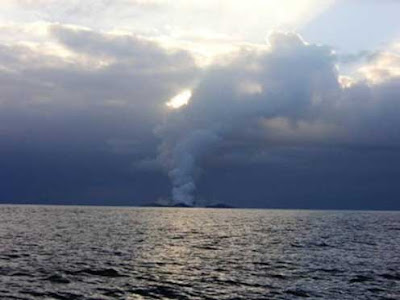 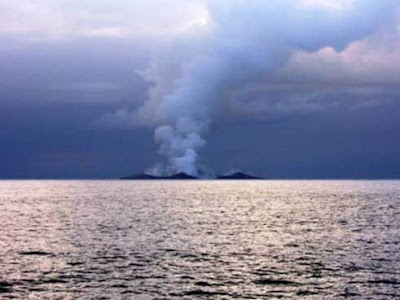 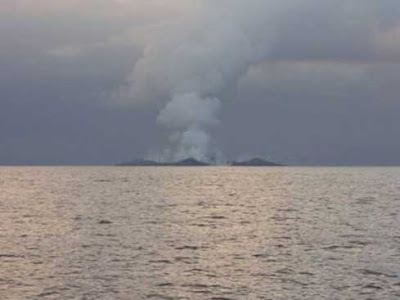 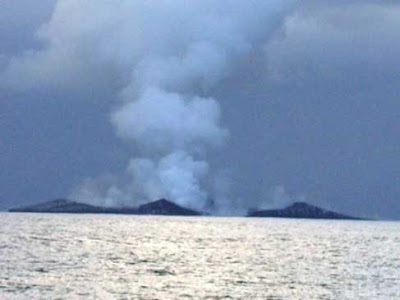 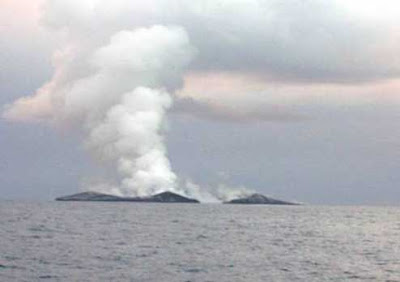 Can you imagine the thrill of being the first & only people to see a new island being created ... where there was nothing before?

Then, can you imagine thinking -- "Gee if I been a few minutes later, I might have gone up in that explosion of black volcanic ash when the eruption occurred"

This email forward arrives with a series of photographs that depict a yacht's encounter with a large area of floating volcanic stones and the apparent birth of a new volcanic island in the South Pacific Ocean. Although the images are certainly unusual, they are genuine. Both the phenomena of the floating stones and the newly formed volcanic island have now been well documented by a variety of reliable sources including NASA.

The images in the email were taken from a post on the blog operated by Fredrik Fransson and the crew of the yacht 'Maiken'. In August 2006, the Maiken was sailing in the South Pacific near Tonga when it came across a large area of floating volcanic stones (pumice). When lava with a high gas and water content erupts from a volcano and then cools it can produce pumice, a very light rock material filled with gas bubbles. Pumice is the only kind of rock that can float on water. A large mass of pumice floating on the ocean surface is known as a "pumice raft".

The Maiken attempted to sail into this massive pumice raft but was soon forced to turn back:

And then we sailed into a vast, many miles wide, belt of densely packed pumice. We were going by motor due to lack of wind and within seconds Maiken slowed down from seven to one knot. We were so fascinated and busy taking pictures that we plowed a couple of hundred meter into this surreal floating stone field before we realized that we had to turn back. Just as we came out of the stone field and entered reasonably normal water we noticed that there came no cooling water from the engine.

Several other vessels in the region at the time also observed large pumice rafts.

The day after their encounter with the pumice raft, the Maiken crew discovered the volcano itself:

A couple of hours ago we identified the active volcano as the one close to Home reef, and we are on our way there now to take a closer look.

We are two miles from it and we can see the volcano clearly. One mile in diameter and with four peaks and a central crater smoking with steam and once in a while an outburst high in the sky with lava and ashes. I think were the first ones out here so perhaps we could claim the island and name them(?) 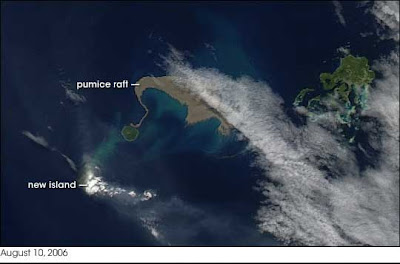