Email warns that guns disguised as cell phones have been discovered and that the devices may pose a security threat at high risk locations such as airports.

The mail contents are true up to some extent; as cell phone guns are real and law enforcement authorities and airport security staff are certainly well aware of them. However, they are by no means "very new" as suggested in the warning message. Such devices have been around for a number of years.

Most of us see airport security as a pain. Some of us even feel violated.
When you see the pictures below, you will understand why they want our cell phones through the x-ray machine. If you get asked to test your cell phone at the airport, this is the reason. 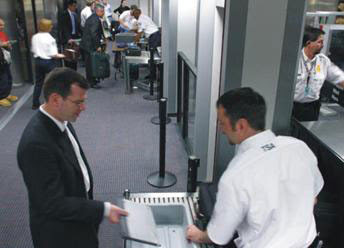 Cell phone guns have arrived. And they are real.

Beneath the digital phone face is a .22 caliber handgun capable of firing four rounds in rapid succession using the standard telephone keypad. European law enforcement officials are stunned by the discovery of these deadly decoys. They say phone guns are changing the rules of engagement in Europe.

Only when you have one in your hand do you realize that they are heavier than a regular cell phone.

Be patient if security asks to look at your cell phone or turn it on to show that it works . They have a good reason! Wake up to our NEW WORLD!! We shouldn't complain about airport security invading your privacy. 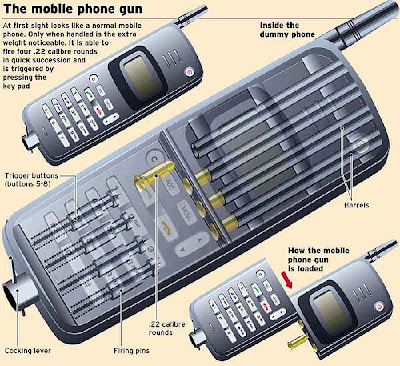 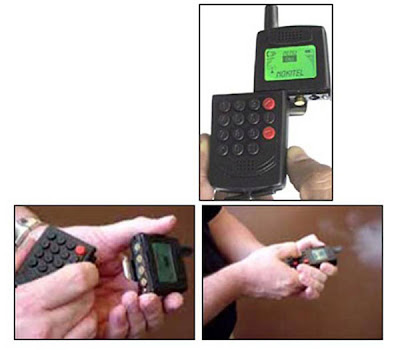 (Note: Some versions of the message also arrive with the following video as an attached file)

According to this warning message, .22 caliber handguns that look like cell phones have been discovered by law enforcement officials in Europe. The message contains attached images of such a device along with a graphic depicting how a cell phone gun works. An apparently authentic video clip of a cell phone gun being fired is also included with some versions of the email. Two of the images contained in the message are in fact stills taken from this video. The message notes that such guns can fire up to four rounds by pressing numbers on the cell phone keypad.

Guns like the one described in the message are certainly real. However, they are not a new development as suggested in this warning message. In fact, reports of cell phone guns go back to at least the year 2000. The same images along with the video clip of a cell phone gun in action have been posted to numerous websites, blogs and social networks over several years

The video was shown as part of a WCBSTV news report in May 2006. According to the accompanying article on the WCBSTV website, New York City police were warned to keep an eye out for the cell phone guns via an internal memo. Cell phone guns have several times been the subject of security alerts in the United States and elsewhere. A 2004 article in Time magazine notes that screening equipment at airports is normally able to detect cell phone guns and other such devices. Cell phone guns are considerably heavier than normal cell phones.

A cell phone gun could certainly kill or seriously injure someone. However, a CNN report about the weapons notes that they are "extremely inaccurate" and therefore effective only at very close range.

Although cell phone guns are real, I could find no reports of the devices actually being used in major crimes such as attempted hijackings or terrorist activities. However, there have been several reports of cell phone guns being seized from criminals in Europe.

The concept of disguising guns as everyday items is actually nothing new. For many years, guns and other weapons have been disguised to look like pens, calculators, cameras, canes and a number of other commonplace objects.
Posted by Shamood at 9:57 PM