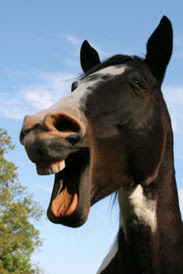 Email claims that a sterilization pill called Progesterex is being mixed with the date rape drug Rohypnol to facilitate sexual assaults that leave the victim sterile.

In reality, the message is a long running hoax. There is no sterility drug called "Progesterex". There are no credible reports that indicate that the date rape drug Rohypnol is being mixed with other drugs that cause sterility.

First have a look to the contents the such similar mails spreading on the web:

Example 1:
For guys please take care of your Girlfriend.... Ladies, be more alert and cautious when getting a drink offer from guys.Good guys out there, please forward this message to your ladyfriends.
Boyfriends and husbands, take heed.

There is a new drug that has been out for less than a year - Progesterex, a sterilization pill, that is now being used by rapists at parties to rape AND sterilize their victims. Progesterex is available to vets to sterilize large animals. Rumor has it that the Progesterex is being used together with Rohypnol, the date rape drug. As with Rohypnol, all they have to do is drop it into the girl's drink. The next morning, the girl will not remember a thing that had taken place the night before. Progesterex, which dissolves in drinks just as easily, makes the victim unable to conceive from the rape, so the rapist needn't worry about having a paternity test identifying him months later.

The drug's effects AREN'T TEMPORARY. Progesterex is used to sterilize horses. Any female that takes it WILL NEVER BE ABLE TO CONCEIVE. Anyone can get this drug from anyone who is in vet school. It's that easy, and Progesterex is about to break out big on campuses everywhere.

Believe it or not, there is even a site on the internet telling people how to use it. Please!

Please advise your daughters and send to as many people, this is very tragic

A woman at the nightclub Cobar [NSW] on Saturday night was taken by 5 men, who according to hospital and police reports, gang raped her before dumping her. Unable to remember the events of the evening, tests later confirmed the repeat rapes along with traces of Rohypnol in her blood, with Progesterex, which is essentially a small sterilization pill. The drug now being used by rapists at parties to rape and sterilize their victims.

Progesterex is available to vets to sterilize large animals.

Rumor has it that Progesterex is being used together with Rohypnol, the date rape drug. As with Rohypnol, all they have to do is drop it into the girls drink. The girl can't remember a thing the next morning, of all that had taken place the night before. Progesterex, which dissolves in drinks just as easily, is such that the victim doesn't conceive from the rape and the rapist needn't worry about having a paternity test identifying him months later.

The drugs effects are not temporary- They are permanent! Progesterex was designed to sterilize horses. Any female who takes it will never be able to conceive. The bastards can get this drug from anyone who is in vet school or any university. It's that easy, and Progesterex is about to break out big every where. Believe it or not, there are even sites on the Internet telling people how to use it.

Please COPY this to everyone you know, especially girls. Be careful when you're out, and don't leave your drink unattended. Please make the effort to pass this onto all you know......Guys, please inform all your female friends and relatives. Girls, keep your drinks safe at all times, and men, look after the girls you're with.

Please pass this on to all your friends and family... Thank you


Beware! It's a Cyber World - - Explanation: 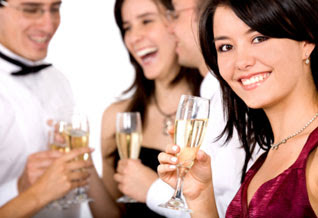 According to this long running email "warning", rapists are now mixing a drug called "Progesterex" with the date-rape drug Rohypnol in order to sterilize their victims. Versions of the message have been circulating continuously since 1999. The message claims that rapists are using the drug in order to avoid possible detection via a paternity test if their victim falls pregnant.Supposedly, the effects of Progesterex are permanent and even one dose is enough to stop a female from ever conceiving a child. The email claims that Progesterex is a veterinary drug designed to sterilize horses.

The Australian Veterinary Association (AVA) advises that an email circulating about a veterinary drug called "progesterex" being used in drink-spiking incidents is a hoax. The story has been perpetuated after being reported recently in some regional newspapers.

Dr Barry Smyth, President of Equine Veterinarians Australia, a special interest group of the AVA, said he has received a number of queries recently from members of the public concerned about drink-spiking incidents involving a drug which is supposedly used to sterilise horses.

"There is no such drug as progesterex and to our knowledge, there is no drug currently being used on horses for sterilisation," Dr Smyth said.

Pharmaceutical Journal online has also denied the existence of such a drug:

As a result of a bogus e-mail circulating since 1999, some pharmacists are receiving enquiries from customers about progesterex, described in the e-mail as a sterilisation drug used in cases of date rape.

Pharmacists should be aware that in searches of world wide medical databases and information resources the Royal Pharmaceutical Society has found no medicine (either for human or veterinary use) with either the brand or generic name of progesterex.

The perpetrator of this heinous hoax may have used the fictional name "Progesterex" because the name sounds similar to the name of the naturally occurring steroid hormone progesterone that is connected to the menstrual cycle and pregnancy in humans and other species. Veterinarians do sometimes administer progesterone to prevent mares from coming into heat. However, this treatment certainly does not cause permanent sterility and is not intended to do so. The hormone and other synthetically produced analogues also have a variety of medical applications in humans, none of which are designed to cause sterility.

Certainly, Rohypnol is a real drug that is indeed used to facilitate sexual assaults. However, there are no believable reports at all of Rohypnol being mixed with other drugs that cause sterility.

Drink spiking and date rape are very real problems, but forwarding this sort of hysterical nonsense will do nothing whatsoever to help. In fact, it may even add to the emotional trauma endured by a date-rape victim if she believes she may have been given Progesterex and is therefore permanently sterile.

If you receive this hoax, please do not spread it further by sending it to others. And please take a moment to let the sender know that the message contains dangerous misinformation and should not be forwarded.