Beware! Its a Cyber World - - Summary

An amazing and unbelievable mail circulating photographs of a strange sea-creature are claimed to depict the body of a mermaid or alien found on a beach of Malaysia.

In fact, the photographs do not depict a real mermaid or alien. Instead they show a sculpture by artist Juan Cabana.

Let's first see the mail contents; then the detailed analysis will be presented:

The mermaid found on Malaysian island: 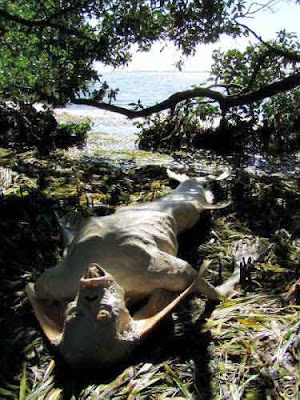 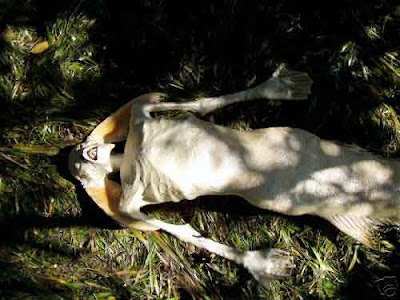 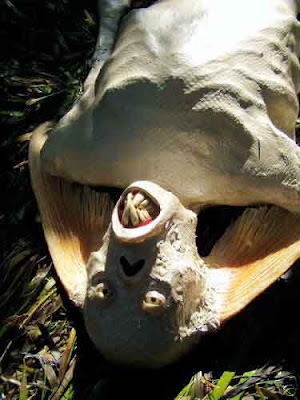 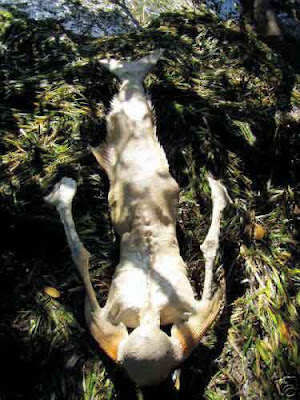 These images have been circulating via email, forums and blogs since 2006. They supposedly show a strange mermaid-like creature found washed ashore. This variant claims that the mermaid was found on a Malaysian island. Alternative versions of the message relocate the discovery to other parts of the world. Yet another version of the message claims that the creature is actually of extraterrestrial origin:

An alien was found by a fisherman in Teluk Bahang. Newspapers aren't allowed to publish it. Some mayb seen it b4. I dont know the percentage of original. Dont ask me what happen to the alien or where is the alien now either. Im curious to know it as well.

Not surprisingly, however, the mermaid is not a real, flesh and blood creature, but instead a sculpture by talented artist, Juan Cabana. A series of photographs of the mermaid can be found on the artist's website along with an entire menagerie of other strange and wonderful creations.

Mr Cabana has sold this mermaid and other creations via eBay auctions under the name "SeaMystery". According to information previously available on the auction website, the winning bid for the mermaid was recorded at $1,550.00 US.

Cabana does not specifically state that his creatures are sculptures in his eBay descriptions. Instead, he creates fictional cover stories to go with the sculptures that include such information as how and where the particular creature was supposedly washed ashore and subsequently discovered. In an enlightening Small WORLD PodCast interview, the artist claims that he gives the items a cover story to create excitement about the sale and add an element of fun. He says that he at first made clear in his auction listings that he had actually made the objects but that approach "seemed like it was boring". Adding a story, he says, generates a lot more excitement. He assumes that most potential buyers will understand that the stories are tongue in cheek. Within the context of their original eBay listings, this assumption is not unreasonable. However, when the pictures and stories "escape" into cyberspace and get passed around out of their original context, they are apt to deceive many recipients. It should be noted that the images are taken from the eBay listings and distributed without Mr Cabana's permission or knowledge.

The artist uses a variety of materials to create his mermaids and monsters, including animal skulls, fish and animal skin, steel, plastic and fiberglass.

Folk tales and apparent sightings of mermaids have been around for centuries. Juan Cabana's mermaid joins a long line of fabricated mermaid carcasses that manage to tap into our deep-seated fascination for such creatures. Mr Cabana's exceptional talent at creating quite life-like creatures means that these mermaid images and the various descriptions that accompany them, are likely to continue circulating for a long time to come.