Message claims that a series of photographs showing incredible "cave" dwellings cut in to natural cone-shaped rock formations depict a village in Afghanistan.

Before going towards the detailed explanation; let's have a look to the contents of the mail and the attached photographs:

Village in Afghanistan . Can you believe it? 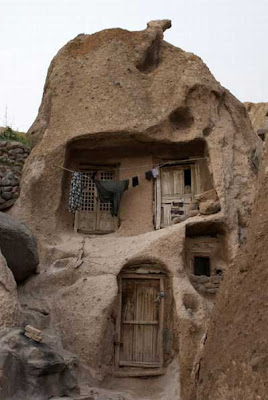 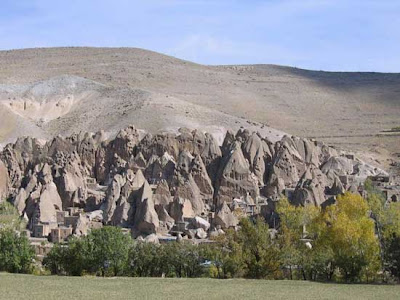 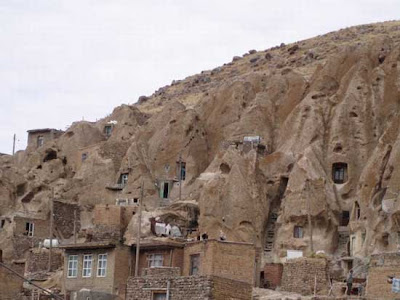 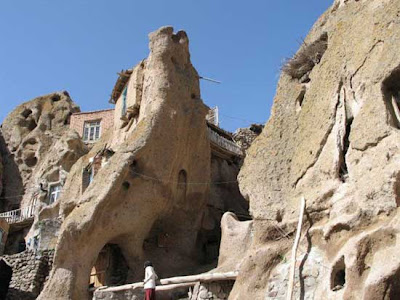 And you wonder why they can't find Osama Bin Laden?

According to the description that comes with this very interesting series of images, they depict a village located in Afghanistan. The images show a small town, complete with dwellings, stairways, paths and walk bridges, that has apparently been carved out of strange cone-shaped natural formations nestled on a hillside. The message suggests that it is not surprising that terrorist leader Osama Bin Laden has not been found given that such hidden "cave" dwellings exist in Afghanistan.

However, while the images themselves are genuine, the accompanying description in this message is inaccurate. The village depicted in the photographs is not located in Afghanistan at all. In fact, the village can be found in the northwest corner of neighboring Iran, about 60 kilometers from the city of Tabriz. Known as "Kandovan", the village is thought to be over 700 years old. Many of the dwellings in Kandovan have been carved out of natural cone-shaped formations made from compressed volcanic ash. Information about the village published on The Heritage Institute website notes:

What makes Kandovan village so unique is that many of its homes have been made in caves located in cone-shaped, naturally formed compressed volcanic ash formations that make the landscape look like a gigantic termite colony. This method of dwelling makes the residents modern-age cave dwellers or troglodytes. (Troglodyte means cave dweller: somebody living in a cave, especially somebody who belonged to a prehistoric cave-dwelling community. Troglodyte also means somebody living in seclusion.)

It is our understanding that the unusual cone formations were formed from volcanic ash and debris spewed during an eruption of Mount Sahand being hardened and shaped by the elements over thousands of years. The formation of volcanic ash cones is local to Kandovan. Elsewhere, the ash blanketed the land. The existence of a high volume of ash and pumice far from Sahand's crater indicates that Mount Sahand erupted with a gigantic explosion in the distant past.

Tourists from all around the world visit Kandovan. A modern and well-appointed hotel, built in the tradition of the village's centuries old homes, is available in the area to accommodate visitors. Despite their age, many of the homes in the village are very comfortable and feature all the facilities of more modern Iranian homes. The following YouTube video provides more insight into this unique village and its residents: