Electronic Fraud: Uganda Hit by The New Wave of Cybercrime

Uganda has been hit by a new wave of crime - electronic fraud – but there are no laws and monitoring systems to protect citizens’ money, from fraudulent hands, Writes ANDREW BAGALA:-

According to police, an increasing number of Ugandans have mysteriously lost money electronically through their ATM cards, money transfers and even through e-mail hacking. Some Non-Governmental Organisations (NGOs) whose activities are not clear and forex bureaus making huge transfers are now also being investigated for money laundering. 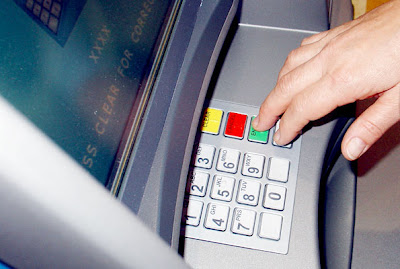 In just three weeks, police have recorded over 200 cases of ATM fraud but lack of laws and proper monitoring systems are hindering efforts to curb the crime.

“For the last three weeks we have been having several reports of people losing money through their ATMs,” says Detective Cadet ASP Frank Mwebaze of the Financial Fraud Unit at Central Police Station.

Cash gone
“For instance, you have your ATM card on you, have never withdrawn any money with it, but when you go to the bank they tell you that you have been withdrawing money,” Mr Mwebaze says.
The Financial Fraud Unit was established recently following an outcry by the public for losing a lot of money through the electronic financial transactions.

Mr Mwebaze who now heads investigations in the department said hackers are using sophisticated gadgets to hack into unsuspecting peoples e-mails and access their data including information about their bank accounts and any money transfers.

“There are hackers who go to internet cafes with a gadget called a ‘Safaricom’ attached to a modem. If fixed in any computer, it can retrieve the list of all the users of that computer that particular day, and open their emails and their codes. These hackers then change the information and your money is transferred into their own accounts,” Mr Mwebaze explains.
Suspicions of money laundering are also thriving. Police is now investigating some forex bureaus that are not registered and licensed by Bank of Uganda yet pass huge sums of money through their systems with unclear purposes.

Bank accounts of some NGO’s are also under surveillance. “There are very many NGO’s which are not registered. There are those NGO’s which receive a lot of ‘donor’ money from abroad and yet they have no activities on the ground,” Mr Mwebaze adds.

The chairman of the Uganda Forex Bureau and Money Remittance Association, Mr Stephen Mwanje, says fraudsters are always ahead of many people and they are very difficult to curb.

“It is very difficult to curb fraud but for us as an association once a member gets such incident, we alert other operators so that it doesn’t recur,” Mr Mwanje said yesterday. He says that information sharing of details of the fraud by different operators is the only way to fight it.

Electronic crime is a new concept in Uganda. And according to the police, most of the suspects are not Ugandans.
“Most of these suspects using the ATMs are not Ugandans because we have been seeing them on the CCTV cameras. We have watched some footage in several banks and have realised that most of these people (suspects) are white people. You find a man with 10 ATM cards. He enters the box, inserts one card and withdraws, and then he inserts another one and withdraws money.”
According to the police, the suspects wear disguise like a cap and dark glasses and others even wear helmets like boda boda riders to hide their faces from the CCTV cameras.

No laws
Police say such western oriented crimes are thriving because of lack of laws and monitoring systems. “Our laws are very weak. There is also no law on money laundering. And when criminals from the developed world know that a country has weak laws against electronic crime, they take advantage and that is what is happening here,” Mwebaze says.

However, Interpol Uganda has also recorded a number of cases of Ugandan being defrauded electronically both within borders and even in the diaspora.
“The most common type of crime reported are those where an individual wants to purchase a vehicle from Japan,” says Mr Charles Tumwesigye, the Head of Investigations Desk at Interpol office in Kampala.

He says many people identify cars online and transfer money to a bank in Japan without knowing who they are dealing with.
“The customer in Uganda waits until he realises now that the phones (in Tokyo) are off and the company is no longer on the website and it stops there,” he says.

However, on communication with Interpol Tokyo, it is realised that the company is nonexistent or shut down.
According to Mr Tumwesigye, most of these companies in Japan are operated by Pakistani’s.

With increase in unmonitored global financial transactions, several sophisticated cyber-based financial companies have also sprung up with a claim of giving individuals opportunities in big investments like trading on the Eurex, Europe’s global financial marketplace and other financial platforms.

One such website is a Liechtenstein registered company Reflexivity Capital Group run allegedly by a German of Ugandan origin - Andrew Shawn a.k.a Kirya, which provides ‘solicitation for business services’ for any citizens around the world except for the US.

Among many of his victims is a Ugandan international businessman who lost colossal amounts of money under a skilfully tailored scam. The relationship started over the internet.