Ahmedabad: Net banking is easy and it saves you the time and energy of physically being present at a bank. But beware of its pitfalls, as many in the city have learned after losing their hard-earned money. Phishers are on the prowl for your password and other bank details. 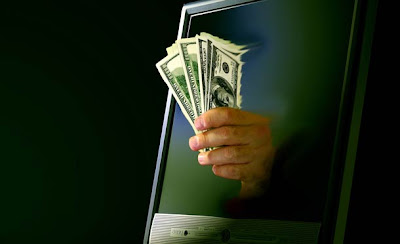 And given the rise in number of such crimes it seems they are quite successful. Three cases of net banking fraud were reported in the city where money from one account was transferred to another without the consent or knowledge of the account holder. The detection of crime branch is investigating two such cases, while one case is being investigated by the Ellisbridge police station.

The investigators believe that often it is ignorance that makes people victims of such crimes. "A fraudster cannot access the account details of an account holder until he gives information to the former. Often an account holder unwittingly reveals the information in reply to a mail sent by the fraudsters," said police inspector, cyber crime cell, KK Patel.

Sources in the police department told DNA that phishing is not new to the city, but a recent trend is the rise in number of emails being sent to account holders asking for account details. "Some people think the mails are from their bank and give away the details. Soon their money is transferred to some other account," a source said.

In a recent case an account holder of Punjab National Bank had Rs50,000 from his account transferred to two different bank accounts in Bhopal in Madhya Pradesh without his knowledge. Police say this may just be the tip of the iceberg.

Police inspector, Ellisbridge police station, KK Pandya told DNA that primary investigations have revealed that Rameshchandra Patel, the complainant in the case had revealed his bank details to a phishing email which he had received.

"Patel did not bother to cross check with his bank and replied to the mail with his bank details. These details were used by the thieves to take money from his account," Pandya said. However in Patel's case the PNB officials acted swiftly and stopped the transaction from the two bank accounts to which Patel's money was transferred.