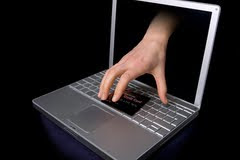 TAIPEI: The number of Internet fraud cases is rising rapidly in Taiwan, while telephone fraud is on the decline, which indicates a shift in the mode of telecommunications used by swindlers, internal affairs chief Jiang Yi-huah said yesterday.

From January 1 through November 22 this year, there were 17.32 percent more cases of Internet fraud than in the same period last year, Jiang noted during an inter-department meeting held to discuss the possibility of cross-Straits cooperation to fight telecommunications crimes.

However, during the same period, there was a 16.73 percent drop in the number of telephone fraud cases, he said.

"There is a need for the authorities to work out measures to tackle the new form of fraud," the minister said.

According to Jiang, the decrease in the number of telephone fraud cases is partly attributable to the launch of the "165" anti-fraud hotline by the government to educate the public about the ploys used by criminals.

Also helpful was the signing of a judicial assistance agreement between Taiwan and the mainland, he said.

Since the agreement became effective in June this year, the two sides have worked together to crack seven major criminal cases and arrest 210 suspects, Jiang said.

While a task force formed by the Executive Yuan has put forth various plans to address rampant telephone fraud, it is important that these plans be implemented so as to stop the harassment of the public by criminals, he said.

According to the results of an online poll conducted November 25-29 by the Research, Development and Evaluation Commission, the issue of rampant telephone and Internet scams was number two on a list of top ten public grievances, after high housing prices in urban areas.