Laguna Woods (California, USA) resident Jackie Reed says that she was aware of the Nigerian phishing fraud in which an offshore e-mail tells recipients to send in money, but she wasn't aware that the same scam victimized her. 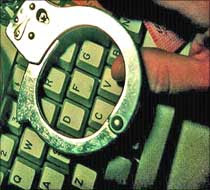 On December 4, 2009, Reed found that her account sent an e-mail to over 100 addresses on her friends list, stating that she was stranded while traveling Nigeria, therefore she urgently required $2,500 as all her money was stolen.

Furthermore, the e-mail also stated that the money must be sent via Western Union. However, Reed wasn't traveling when her friends and family got the phony e-mail. Six of them called Reed top know her wellness.

Reed said - someone hacked into her e-mail account after she had replied to messages that apparently arrived from Yahoo! Mail website back in October 2009, enquiring about her password and e-mail details.

She also says that she informed majority of people on her contact list, but still 75% people possibly remain who wouldn't know in any way that she's actually alright. Further, the personal Yahoo account is currently deactivated while she has contacted Yahoo! Mail Services for a resolution to the problem, Reed indicates.

Meanwhile, Yahoo! Mail Services has been trying to help users like Reed who fall victim to e-mail frauds by cautioning on its Internet site about scammers, who distribute fraudulent e-mails or create fraudulent websites that imitate the login pages of Yahoo so that users may be made to reveal their usernames and passwords in something that is called "phishing."

According to Yahoo, it wouldn't ever ask users to furnish their passwords via phone or e-mail as well as wouldn't ever request them to provide their debit/credit card details through e-mail.

Eventually, victims like Reed can notify e-mails of these kinds to the Internet Crime Complaint Center that accepts complaints regarding online crimes at the local, state, federal and international level.