AT&T is one of the largest providers of local, long distance telephone services in the United States, and sells digital subscriber line Internet access and digital television has clogged selling the Apple iPhone in the New York metropolitan area through its Web site. The reason behind ceasing the sale of the iPhone is perhaps due to data congestion, credit card fraud, or routine sales strategy changes.
The sales of the phone were apparently suspended Sunday and for approaching customers who attempt to buy an iPhone through the Web site using a New York area ZIP code gets a message saying, "We're sorry, there are no Packages & Deals available at this time. Please check back later." However, changing ZIP codes to other U.S. metro areas yields a bevy of iPhone choices. 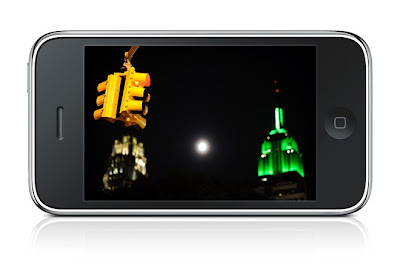 "We periodically modify our promotions and distribution channels," said Fletcher Cook, an AT&T spokesman said to CNET suggested that the move to not offer any iPhones online to buyers in the Big Apple was a routine strategic decision.
Posted by Shamood at 8:03 AM