There is a new internet scam going around and it's costing families across the country thousands of dollars.

Experts are saying old email scams are evolving into something much more sophisticated. This new "cyber fraud" is tricking people by imitating legitimate web domains and properties. 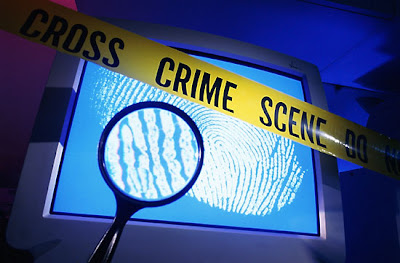 "It was just email after email and all seemed perfectly legitimate," said Sally Swaney, a victim of the latest cyber scam. "It was a scam. That we lost $4,600."

Swaney's son Brandon needed a car. So he went to Autotrader.com to find a deal. What he got were a week of emails, promises and stories that would all point to a scam.

"Yeah, I was angry," Swaney said. "Because you think its legitimate and you get down to it... and it is not."

Swaney found a 2006 Subaru Impreza for less than $500. On the appraisal website Kelly Bluebook, the same make and model is listed for at least $10,000.

Yarsky said she was getting a divorce and moving out of the country to Scotland. The seller claimed since she was leaving there could be no phone calls and that there would be no in-person viewing of the car or test drive.

"The perpetrator always gives a sob story," said the National White Collar Crime Center's Jason Boone. "What they do is normally sell cars for well below market."

Boone says this is just a more sophisticated version of the Nigerian 419 email scam or a version of internet "Advance-fee Fraud."

I the Swaney's case, the seller pretended to "check-out" their victims by using a phoney escrow company called "MSN Autos" a rip of the legitimate website with the same name.

"They've been doing this for about 7 months now as MSN Autos. The goal is to mimic legitimate retailers," Boone said. "Any legitimate type of business to disarm the potential victim."

Swaney wired the money, a quarter of the inheritance money her aunt left for the family, through Western Union. Since then, she's heard nothing from Yarsky or "MSN Autos."

No car, no money, no explanation. After paying transfer and shipping fees, the amount came to $4,850. Swaney isn't hopeful she'll ever see that money again.

She called 13 On Your Side to get the word out.

The National White Collar Crimes Division said some people have lost up to $40,000 buying cars and boats over the internet through this specific scam.

Before you make a big purchase online, make sure to check the price... is it too good to be true? If it feels wrong, check with an appraisal website.

Use a Google search to find complaints on any third party companies involved in the transaction and check the URL from that company.

If you feel like you've fallen victim to an internet scam be sure to save all the materials from your transaction and quickly contact your local authorities.

Afterwards, be sure to report the cyber crime to the Internet Crime Complaint Center.

"I just don't want anybody else to have it happen to them," Swaney said. "That's why we contacted you guys."