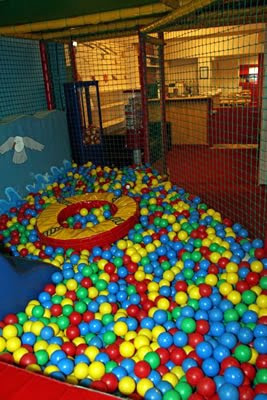 Email forward claims that 3-year-old Kevin Archer died after being pricked by a heroin filled hypodermic needle left in a McDonald's ball pit.

Few months back, actually in October 2009, an an article was posted here at Beware! Its a Cyber World; titled as:

The recent mail is the same kind of anti-marketing campaign against McDonald's. In fact, this message is a hoax that has been circulating for more than a decade. There are no credible reports whatsoever that confirm that a child named Kevin Archer died after being pricked by a heroin filled hypodermic needle in a McDonald's ball pit. The Midland Chronicle did not publish a report about Kevin Archer as stated in the hoax message. The event described in this message never occurred.

DONT IGNORE THIS BECAUSE ITS A LONG ARTICLE PLEASE!! PLEASE

McDonalds, Chuck E Cheese, Discovery Zone... All places with ball pits in the children's play area. One of my sons lost his watch, and was very upset. We dug and dug in those balls, trying to find his watch. Instead, we found vomit, food, feces, and other stuff I do not want to discuss. I went to the manager and raised hell. Come to find out, the ball pit is only cleaned out once a month. I have doubts that it is even done that often. My kids will never play in another ball pit. Some of you might not be parents, but you may have nieces, nephews, grandchildren, or friends with children. This will pertain to you too. As I read the following, my heart sank. I urge each and every one of you to pass this on to as many people as you can. I cannot stress how important this is!

Hi. My name is Lauren Archer, my son Kevin and I lived in Midland,TN.

On October 2nd, 1999 I took my only son to McDonald's for his 3rd birthday. After he finished lunch, I allowed him to play in the ball pit. When he started whining later on, I asked him what was wrong, he pointed to the back of his pull-up and simply said "Mommy, it hurts." I couldn't find anything wrong with him at that time. I bathed him when we got home, and it was at that point when I found a welt on his left buttock. Upon investigating, it seemed as if there was something like a splinter under the welt. I made an appointment to see the doctor the next day, but soon he started vomiting and shaking, then his eyes rolled back into his head. From there, we went to the emergency room. He died later that night. It turned out that the welt on his buttock was the tip of a hypodermic needle that had broken off inside. The autopsy revealed that Kevin had died from a heroine overdose. The next week, the police removed the balls from the ball pit. There was rotten food, several hypodermic needles: some full, some used; knives, half-eaten candy, diapers, feces, and the stench of urine.

(You can find the article on Kevin Archer in the October 10,1999 issue of the Midland Chronicle.)

Repost this if it scares the crap out of you!! Repost this if you care about kids!! Please forward this to all loving mothers, fathers and anyone who loves and cares for children!! What has this world come to?? If a child is not safe in a child's play area then where??

This email forward claims that a child died of a heroin overdoes after being pricked by a heroin filled hypodermic needle in a McDonald's ball pit. The "warning" email began circulating late last century and has subsequently spawned a number of versions.

Thankfully, the email is a hoax. No little boy named Kevin Archer died as a result of being pricked by a heroin filled hypodermic needle in a McDonald's ball pit.

We have thoroughly investigated this rumor and it is absolutely not true. There have been no such incidents ever reported at any McDonald's. In addition, there has never been an article in any newspaper regarding this rumor

Another indicator that this is a hoax is that the details keep changing. An early version claimed that little Kevin Archer died in October 1994. The version included above claims that he died in October 1999. Some versions mention Sugarland, Texas as the location of the little boy's death. Others are set in different towns or do not specify any location at all. One of the most enduring versions (see above example) states that the story about the death of Kevin Archer was featured in the Houston Chronicle in October 1999. Another version puts the supposed date of the report back to October 1994. However, David Galloway, a former writer for the Houston Chronicle, has denied that the newspaper has ever reported on such a case. In a January 2000 article discussing the hoax, he explains:

A friend named Dianna sent me the following on Saturday:

I am trying to verify the authenticity of a letter I received via e-mail this morning. I am very careful not to pass on things that are not truth and which I personally have not checked out through other sources. Hoax sites on the Internet could not help me with this one, and since it was stated that I could check this out in the Oct. 10, 1994, article in the Houston Chronicle on Kevin Archer, I thought maybe you could help me. I have sent an e-mail communique to the main e-mail for the Chronicle but then saw your name on that site as well. This article supposedly states that Kevin died as a result of a needle injection of heroin while playing in a ball pit at a McDonald's and the investigation proved that there were needles, some empty and some full, feces, food, knives and a stench of urine. I question this article, since it is asking people to pass the warning to other parents and the article supposedly is so old. Could you help me validate or deny the authenticity of these accusations before I address the person who sent it to me.

Yes, I can help with this one.

A search of the Chronicle archives shows no article mentioning Kevin Archer on Oct. 10, 1994, or any other date. And there's only one article in the Chronicle archives that mentions "McDonald," "heroin" and "needle" in the same article, and that was about AIDS and drug users, and it quoted a doctor whose last name was McDonald.

Also, since I was in the news business in Southeast Texas in October 1994, I feel certain that I would have heard about that story if it were true.

That's one of the favorite techniques of hoax writers. They attach the name of a real publication and a specific date (far enough in the past to make verification difficult), and it makes their garbage seem much more authentic.

But some smart people like Dianna know that just because a warning on the Internet cites a reputable source, that doesn't mean the reputable source ever reported what's being claimed.

No, the Chronicle never reported on needles in the McDonald's playground. It didn't happen.

Another, quite similar story that has also circulated for a number of years claims that another child died after being bitten numerous times by venomous snakes in a Burger King ball pit. The snake story is also untrue. In fact the snake death version is often added onto the Kevin Archer hoax discussed here.

Various undesirable items may well find their way into playground ball pits. In fact, it is even plausible that a hypodermic needle could end up in a ball pit. Certainly, cases have been reported in which drug users have discarded needles and other drug utensils in parks, playgrounds and sandpits.

However, this vague plausibility in no way warrants the dissemination of this exaggerated and misleading tale. The fact of the matter is that the email contains false information and it should not be forwarded.