Message circulating on Facebook warns users not to join the group titled "becoming a father or mother was the greatest gift of my life" because it is operated by a group of pedophiles intent on accessing your Facebook photographs. 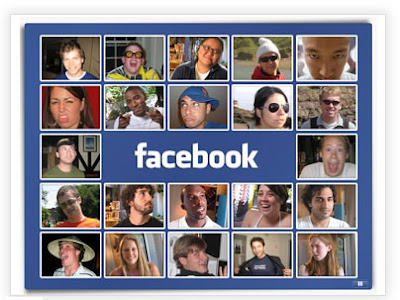 In fact, this warning is totally meaningless. There is no Facebook group like the one described in the message. Several groups using the same or very similar names have been created, but only in response to this warning message. These are not pedophile groups but simply poor taste prank groups designed to capitalize on the reaction caused by the original warning message. Posting this warning to other Facebook users is utterly pointless.

This rather breathless message has been rocketing around social networking website, Facebook for several weeks. It warns Facebook users not to join a group named "becoming a father or mother was the greatest gift of my life" because it is operated by pedophiles. Supposedly these dastardly individuals want users to join their group so that they can then gain access to photographs that the users have on their Facebook profiles, some of which may depict children.

However, this warning is utterly pointless. It is nothing more than a hoax and has no basis in fact. I began researching this "warning" very soon after it first started to circulate. At that point, there was no such group on Facebook. Predictably, however, pranksters apparently could not resist creating such groups entirely in response to the bogus warning message. In short order, several Facebook groups were created that used names derived from the name specified in the original warning message. Although in poor taste, these groups are not pedophile groups, but simply pointless pranks designed, apparently, to provoke a reaction from Facebook users. Unfortunately, the creation of such prank groups has given totally undeserved credibility to the original warning message and ensured that it continues to spread.

To add to the confusion, other groups have been created which have the sole purpose of protesting against the pedophile group discussed in the original warning. Since this pedophile group never existed in the first place, these protest groups are beyond pointless. These groups - both copy-cat and protest - tend to spring up and disappear quite rapidly. Joining such groups just encourages such pranksters and helps to continue the spread of such nonsense.

In any case, if you take reasonable precautions to keep your Facebook profile information private, simply joining a Facebook group is not going to give the group creator access to your photographs. Moreover, pedophiles would tend to be much more canny and clandestine with regard to their activities. They are hardly likely to create a publicly accessible Facebook group that clearly identifies them as criminal pedophiles. As every parent and guardian should be aware of, pedophiles certainly do use Facebook to attempt to communicate with and "groom" potentially vulnerable youngsters. If we are going to allow children to use Facebook at all, then, as parents and guardians, we should carefully monitor what contacts they are making and what information and images they are sharing. However, spreading around utterly pointless warning messages like the one discussed here does nothing whatsoever to address the real and important issue of children's safety online.

Sadly, Facebook is becoming more and more a vector for the spread of half-truths, misinformation and outright nonsense. Before posting on a warning message that you have received via Facebook, please take a few moments to check its veracity via a credible source.
Posted by Shamood at 8:05 PM

Excuse me, but Fox News is not a credible news network.