Message claims that a series of attached photographs depicting buildings embedded snugly into rocky caves and cliffs were taken in a "strange city" in Greece.

In fact, these photographs are genuine and depict a real town existed on this planet. However, the town, called Setenil de las Bodegas, is actually located in Spain, not Greece. 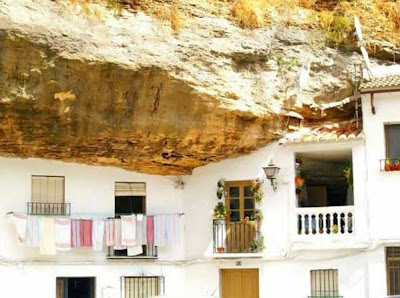 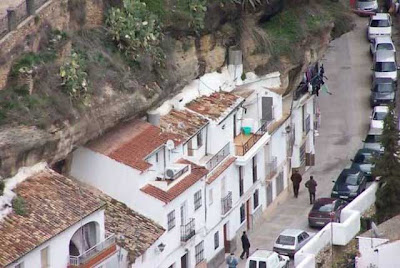 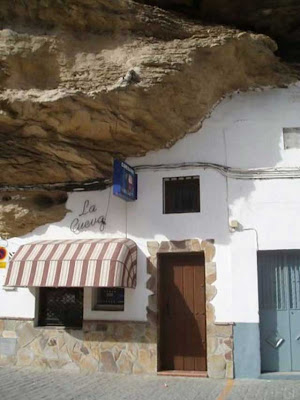 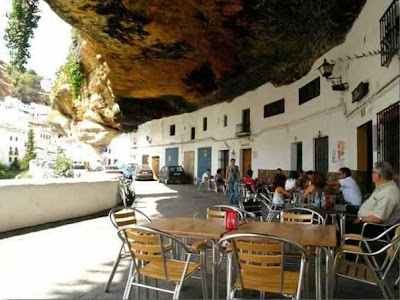 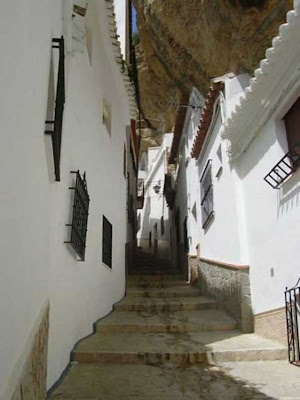 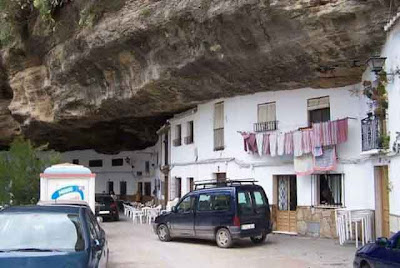 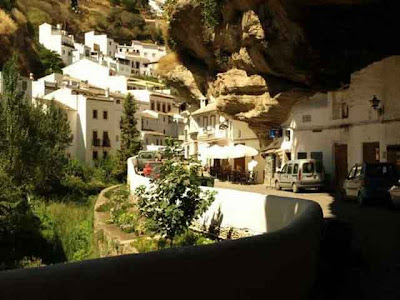 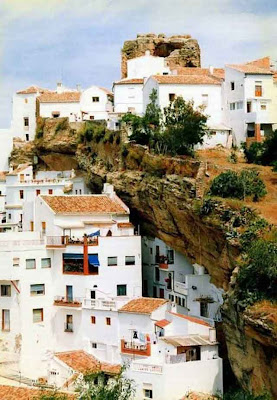 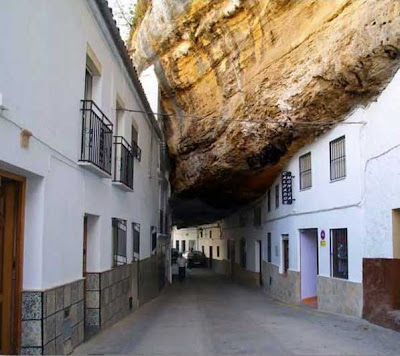 Really strange city. Interesting, do you want to know where is it located?

These photographs showing an unusual town that features buildings carved into rocky cliffs circulate via email as well as blogs, forums and social network posts. The pictures depict dwellings, shops and eateries that appear to be built right into natural rock walls or are nestled underneath huge rocky overhangs. The message claims that the photographs depict a strange city in Greece.

The photographs are genuine and certainly do depict a real town. However, the town is located in Spain, not Greece as claimed in the message. The town shown in the images is named Setenil de las Bodegas and is situated in the Spanish province of Cádiz. The town, which has a population of around 3000 people, is a popular tourist destination, largely because of the way its buildings are carved and moulded into the local landscape's rocky cliffs and caves. A Wikipedia article about Setenil de las Bodegas notes:

The main attractiveness of this village is the beauty and originality of its urban framework set within a huge mountain gorge. People have created dwellings by chipping away at the mountain’s base adding an external wall. The village below is moulded along the course of the local river Trejo with houses being built into the mountain.

Named after its once flourishing wineries - bodegas - Setenil is probably unique among the pueblos blancos, white villages, of Andalucia. Where most pueblos blancos were built on protective bluffs and pinnacles, this town grew out of a network of caves in the cliffs above the rio Trejo north-west of Ronda. Its blinding white houses seem to emerge from the rocks, and some have rock roofs and even olive groves on their roofs.

There has been a human settlement here since at least the Arabic Almohad period in the twelfth century. Given the evidence of other nearby cave-dwelling societies, such as those at the Cueva de la Pileta west of Ronda, where habitation has been tracked back more than 25,000 years, it is possible that Setenil was occupied much much earlier. Most evidence of this would have been erased in its continued habitation. It was certainly occupied during the Roman invasion of the region in the first century AD.

The following YouTube video provides further views of the town and its unusual buildings: