In fact, the videos and photographs do not depict a genuine iceberg in Cape Town. The shown Cape Town iceberg is in fact part of a viral marketing campaign for South African based fruit beverage maker Liqui-Fruit.

Photographs and video are shown as below: 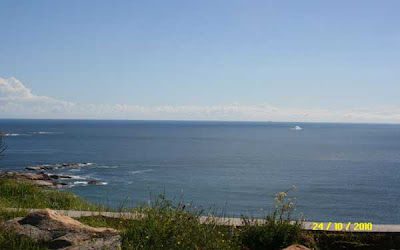 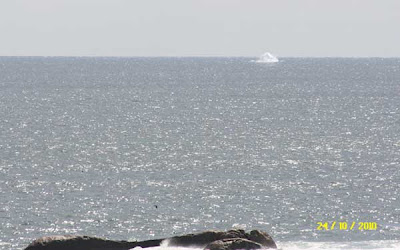 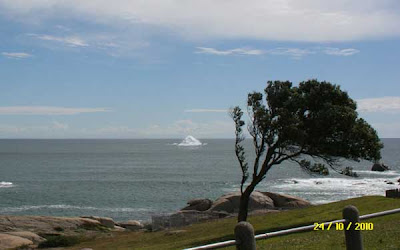 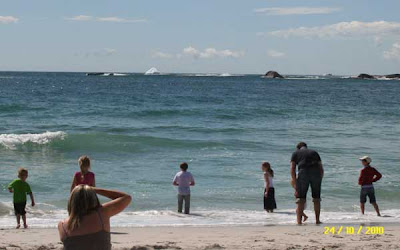 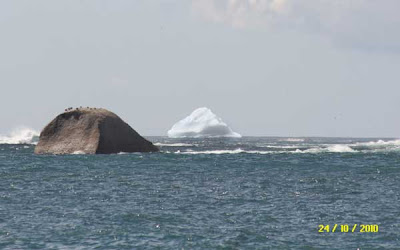 Circulating photographs and videos that appear to show an iceberg off shore at Cape Town, South Africa have generated quite a buzz online. Of course, the arrival of an iceberg in that particular part of the world would certainly be a newsworthy event.

However, the truth is less intriguing. The images and video are in fact part of a viral advertising campaign created for South African based fruit beverage maker Liqui-Fruit. The campaign, part of Liqui-Fruit's Summer Meltdown promotion, was created by South African ad agency, Liquorice. An article about the campaign on the Memeburn website explains:

In fact, it was all CGI-footage and there never was any real iceberg off Clifton.

The campaign was launched by Liqui-Fruit as part of their “Summer Meltdown” which will see 100 activation points all over the country, in the form of icebergs, where people can gather, take pictures of themselves, win prizes and generally be part of the Liqui-Fruit lifestyle.

Details of the full marketing campaign remain vague at this point, which is probably due to the fact that the brand was hoping to keep it mysterious for a little while longer, while they worked on the plan.

The videos and images of the "iceberg" were apparently intended to generate interest and discussion before the release of the full ad, which can be viewed in the following Youtube video:


In recent years, a number of companies have used the "viral video" method to effectively - and inexpensively - promote their products and services. Earlier in 2010, a widely circulated video supposedly showing the new sport of Liquid Mountaineering turned out to be a viral ad for footwear company Hi-Tec. In 2009, another viral video supposedly showing a man rocketing down a giant water slide was later revealed to be an advertising campaign for a Microsoft product. And, in 2008, another famous viral video that appeared to show corn being popped by the radiation from mobile phones was in fact a clever ad for Bluetooth headsets.
Posted by Shamood at 1:26 AM