An Eastern European cybercrime ring stole $70 million from US banks, the FBI announced today. In additions to the dozens of individuals charged in the U.S. and Britain Thursday, the FBI 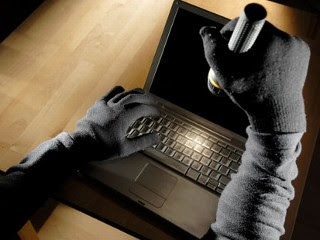 also said that five individuals in Ukraine had been detained today on suspicion of creating the computer virus used in the scam.

Dozens of people in the U.S and Britain were charged Thursday in a worldwide cyberscam that used the powerful Zeus Trojan virus to crack open bank accounts and divert millions of dollars to Eastern Europe. Authorities said at the time that the ring was accused of stealing $12.5 million from accounts in both countries, but also said the global total was likely to rise as the year-long investigation continued.

The US Attorney for the Southern District of New York and the Manhattan D.A. charged 37 people Thursday, most of them Russian nationals, with stealing more than $3 million from small business and government accounts in the U.S. Another 19 suspects were arrested in London, and 11 were charged in the theft of $9.5 million from British banks.

While 20 of the New York suspects are in custody, another 17 remain at large.

"This advanced cybercrime ring is a disturbing example of organized crime in the 21st century – high tech and widespread," said Manhattan District Attorney Cy Vance Jr. "The far-reaching results of this investigation to date represent what people deserve: successful cooperation between city, state, federal and foreign law enforcement officials."
Posted by Shamood at 12:15 AM