Stuxnet: The New Era of Cyber Warfare Has Begun ...

The world is on the brink of war. But instead of bombs and explosions, chaos will come through blackouts in the electrical system and breakdown in communications. The cause for all this: a powerful computer virus. 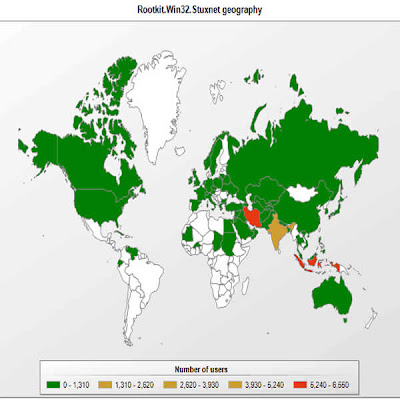 The concept of cyber warfare, attacks on the infrastructure of the state by means of computers, it sounds like a movie script, but governments, and intelligence agencies are concerned. “The threat is real and worthy of attention,” said last week Iain Lobban, director of GCHQ, the British electronic spy agency.

The fear of a cyberwar gained momentum with the discovery of Stuxnet, malware worm that infected thousands of machines in Iran, Indonesia and India.

What is noteworthy about the plague was that it had targeted control systems used in industrial processes, such as power plants. It operated at least three vulnerabilities in Windows such as “zero day”, as yet undiscovered by developers, an unprecedented number of failures for the same pest. It also had two safety approvals that the black market can cost $ 500,000.

Given the complexity of the pest, experts believe it has been designed by the government of a country. Companies that have analyzed the code Stuxnet say it did not seek financial gain or theft. It would have been created and the target would be to sabotage the Iranian nuclear program.

Tehran has said it had arrested “spies” and accuses the West.