Just try to be careful when you are buying hair bands... who knows what it is made from. These hair bands were made from used condoms and threads. 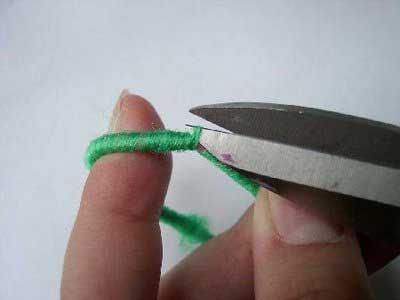 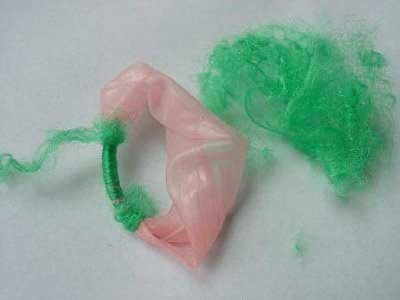 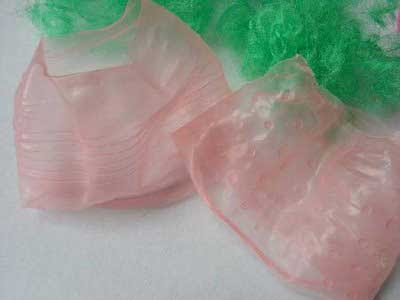 Used condoms are being recycled into hair bands in southern China, threatening to spread sexually-transmittable diseases they were originally meant to prevent, state media reported Tuesday.

"These cheap and colourful rubber bands and hair ties sell well ... threatening the health of local people," it said.

Despite being recycled, the hair bands could still contain bacteria and viruses, it said.

"People could be infected with AIDS, (genital) warts or other diseases if they hold the rubber bands or strings in their mouths while waving their hair into plaits or buns," the paper quoted a local dermatologist who gave only his surname, Dong, as saying.

A bag of ten of the recycled bands sells for just 25 fen (three cents), much cheaper than others on the market, accounting for their popularity, the paper said.

At the time, reports indicated that the used condoms were supposedly "recycled" before being made into hair bands but these reports did not specify exactly what this "recycling" process entailed. Experts who heard the reports warned that, if the hair bands were really made from used condoms, it was possible that the recycled rubber could still pose significant health risks to users. However, subsequent news reports indicate that the hair bands were most probably made, not from used condoms but rather rejected - and therefore unused and comparatively clean and hygienic - condoms that failed to meet manufacturing standards. Soon after the initial reports were published in 2007, a Chinese reporter conducted further investigation into the claims and found that the rubber used in such hair bands was more likely to be recycled from condoms that had been discarded by manufacturers due to quality or production flaws that made them unfit for sale. The scenario of hair band makers simply collecting batches of rejected condoms direct from the manufacturers - probably at minimal cost - does seem much more logical and practical than the logistically difficult tactic of sourcing enough used condoms to make hair band manufacture a viable proposition. That said, it cannot be completely ruled out that at least some cheap hair bands are actually made from used condoms, although it does seem quite unlikely. Certainly, China has gained an unenviable reputation for manufacturing and exporting dangerous or unhealthy goods in recent years, so consumers would do well to be wary of cheap hair bands and other products originating from that country. Some later versions of the warning message tack on another circulating report that warns that cheap Chinese made rubber sandals (flip-flops) have been known to cause a severe skin reaction in some consumers.
Posted by Shamood at 9:21 AM