Cyber Crime on the Rise in India - - Research Report by University of Brighton, UK 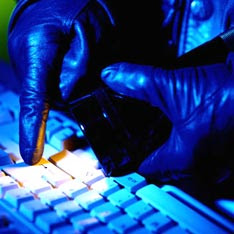 India is fast emerging as a major hub of cybercrime as recession is driving computer-literate criminals to electronic scams, claimed a study by researchers at the University of Brighton.

Titled 'Crime Online: Cybercrime and Illegal Innovation', the study states that cybercrime in India, China, Russia and Brazil is a cause of "particular concern" and that there has been a "leap in cybercrime" in India in recent years, partly fuelled by the large number of call centres.

"Russia, China and Brazil are world leaders in cybercrime, with groups and individuals in India powering up to compete. Yet companies in Europe and the US are increasingly moving IT functions and software development tasks to India, Brazil, Russia and Eastern Europe in a bid to draw on their good IT skills and lower wages", says Professor Howard Rush who lead the study.

Although cybercriminal activity remained low in India compared with other emerging economies, the report says that "there has been a leap in cybercrime in recent years".

Reported cases of cases of spam, hacking and fraud have multiplied 50-fold from 2004 to 2007, it claims.

"One recent report ranked India in 2008 as the fourteenth country in the world hosting phishing websites.

Additionally, the booming of call centres in India has generated a niche for cybercriminal activity in harvesting data", the report maintained.

The report also says that cybercrime is a global industry but the combination of poor economic opportunities and high skills is driving many developing regions to surface as major players in cybercrime.

Across the world, the report predicts that cybercrime will continue to offer high rewards and low risks both to organised and to opportunistic criminals. New players are emerging in countries like India and Brazil and as international financial networks acquire a greater global reach, such opportunities will multiply, it said.

The international response to cybercrime has been weak, given the scale of the problem. There are no signs of preparation to withstand a future cybercrime onslaught, it says.

"Countries do face problems responding collectively in an appropriate and effective manner. The scale and nature of the problem is genuinely transnational - credit card details stolen in the UK can be processed in Malaysia and used in Australia, while Indian call centres are thought to be a source for insider fraud", it says.

As more and more regions of the world go online, cybercrime is finding new and more permissive environments, especially in developing nations.