'Help find Kara': Trended on Twitter, but was a hoax

The tweet by Kara Alongi was re-tweeted for  33752 times and she gained hundreds of followers after asking people on Twitter to call 911 on Sunday evening. People re-tweeted her message and the hashtag "#helpfindkara" trended on the social network. 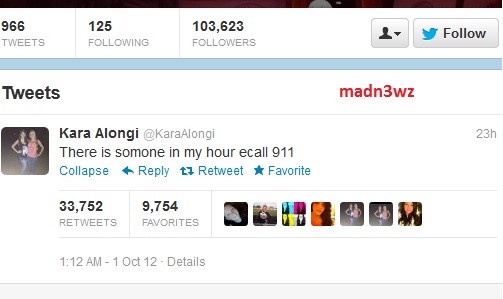 According to Clark Police Chief Alan Scherb, investigators later received information leading them to believe the Twitter message was a hoax.

The 16-year-old Kara Alongi was last heard from Sunday evening when she allegedly tweeted "There is somone in my hour ecall 911." It is assumed the message was intended to indicate someone was inside her house and that she wanted authorities to get notified.